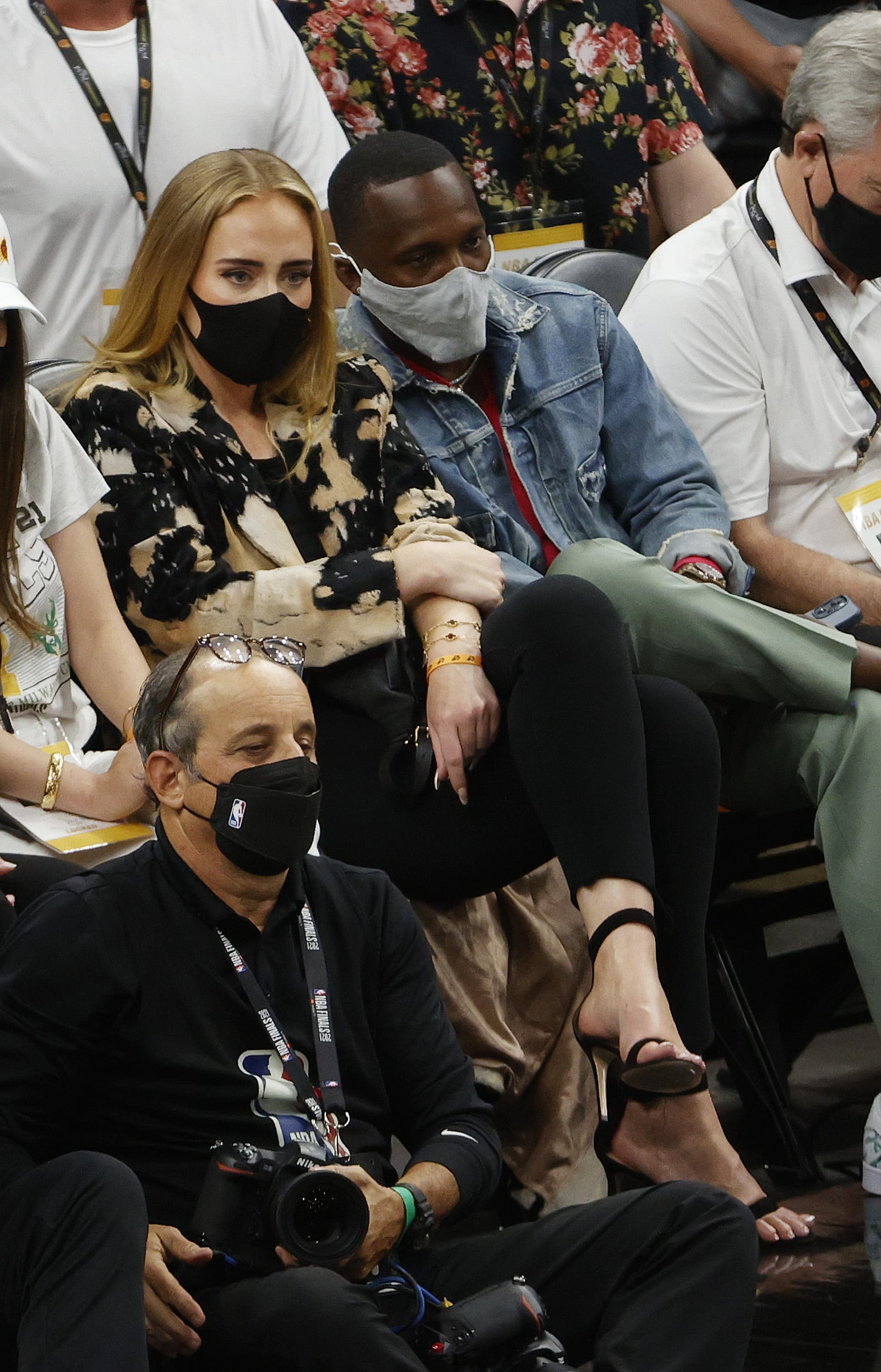 Adele's relationship with boyfriend Rich Paul has been going from strength to strength, and she's now given us the biggest sign that the couple are stepping it up a gear. The 34-year-old shared a sweet Instagram post yesterday with snaps of her American sports agent beau including the couple holding a set of keys standing outside, what is thought to be, their first home together.

Located in Beverly Hills, the mansion is said to be worth a huge $58 million (£47 million) and was previously owned by actor Sylvester Stallone. The 18,587-square-foot house is set over three acres and boasts eight bedrooms and 12 bathrooms. It includes an art studio, eight-car garage, cinema, custom bar, gym, and even a cigar room that we imagine the "Selling Sunset" cast would have loved to have had on their books.

While the house price might seem astronomical, believe it or not, the couple have bagged a bargain. According to the LA Times, Stallone, 75, who has relocated to Florida's Palm Beach, originally put the house up for sale last year for $110 million (£90 million), but got no takers and reduced the listing price in October. They'll be living next to Denzel Washington and Justin Bieber. Just imagine what those neighbourhood barbecues would be like.

Adele and Paul, 40, have been dating for a year, with the romance confirmed in September 2021. Giving us a glimpse into their relationship, the "Oh My God" singer posted a carousel of snaps where she looks happier than ever, with the final photo of a fortune cookie saying, "You have found good company — enjoy". While she has been keen to keep her relationship under wraps, rumours have been circulating for a while that the couple were serious. Adele attended the 2022 Brit Awards wearing a huge diamond ring on that finger, sparking speculation that she was engaged.

Plus, she has hinted that she wants more children. Mum to 9-year-old Angelo, who she had with ex-husband Simon Konecki, she appeared on "The Graham Norton Show in February", saying she wants a baby next year. "I would like to have more children — I only just feel like I've caught up with my sleep from nine years ago when I had my son," she joked.

Despite pouring her heart out on her latest album, detailing her divorce, we are thrilled to see her looking so happy. She previously described her relationship with Paul in Rolling Stone as the most "incredible, open-hearted, and easiest" one she's ever been in. And this next step shows they are stronger than ever.