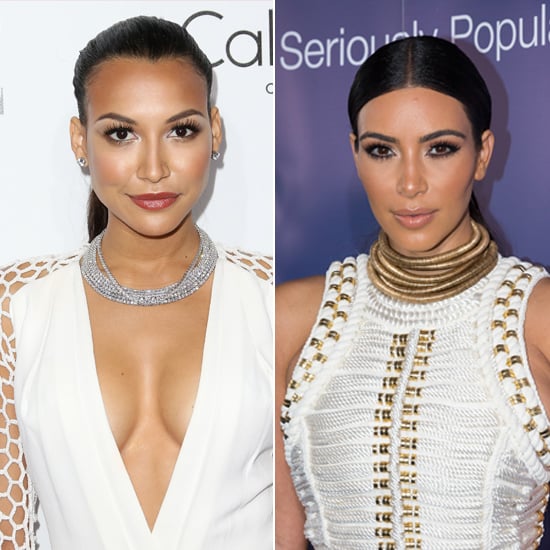 7 Ways Naya Rivera Is the Next Kim Kardashian

Just like Kim Kardashian, Glee star Naya Rivera pulled a wedding stunt. But, hopefully, unlike Kim's 72-day marriage to Kris Humphries, Naya's legal ties to Ryan Dorsey will last until death do them part. Naya caught the media's attention by sneakily saying "I do" to Ryan, just three months after splitting with her ex-fiancé, Sean Paul. Sounds very reality TV to us! But the similarities between Naya and Kim go beyond bridal — the two celebrities (who are friends!) have a lot in common when it comes to their beauty style. We've already broken down Kim's classic look here, and you can read on to see how Naya's mirrors it. You know what they say: imitation is the sincerest form of flattery!