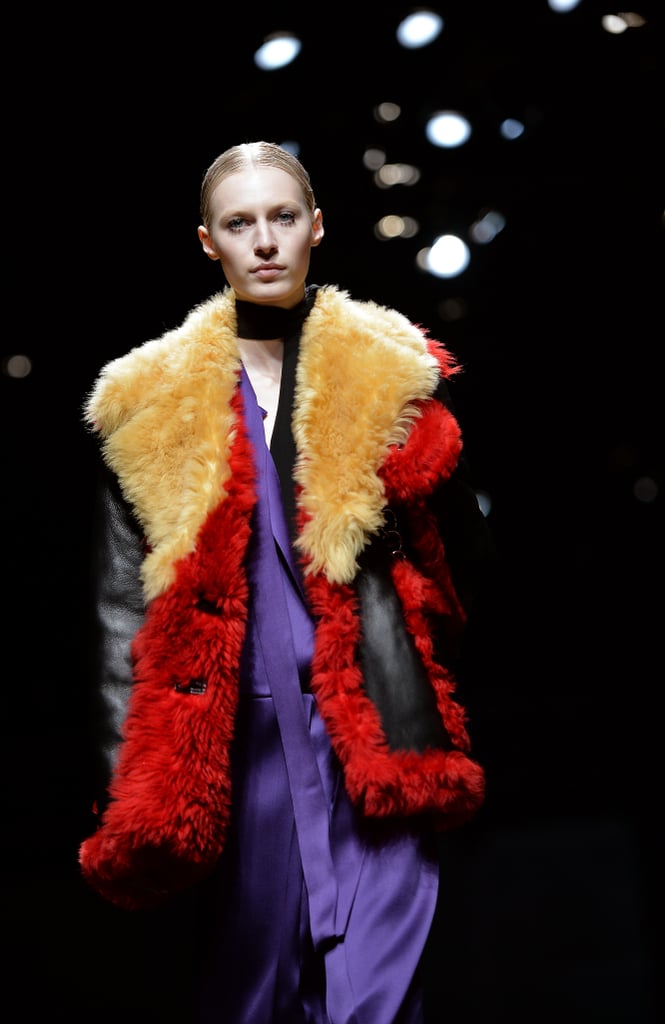 According to Prada, Clumpy Mascara Is Cool

The hair and makeup at Prada were inspired by ballerinas, meaning models marched down the runway with slicked-back chignons and a very demure makeup look. Guido Palau used Redken Flex gel to pull hair back into a low bun with a middle part (and not one strand was out of place). However, it wasn't your typical doughnut. The style was folded under in multiple sections to create more dimension.

For the makeup, Pat McGrath kept the palette practically nude. However, some models did get to swipe on their own red lipstick backstage for added drama. Other than the occasional pop of crimson, lashes were loaded with mascara to the point of clumping (but it was purposeful). In the end, these were obviously some hard-working dancers.