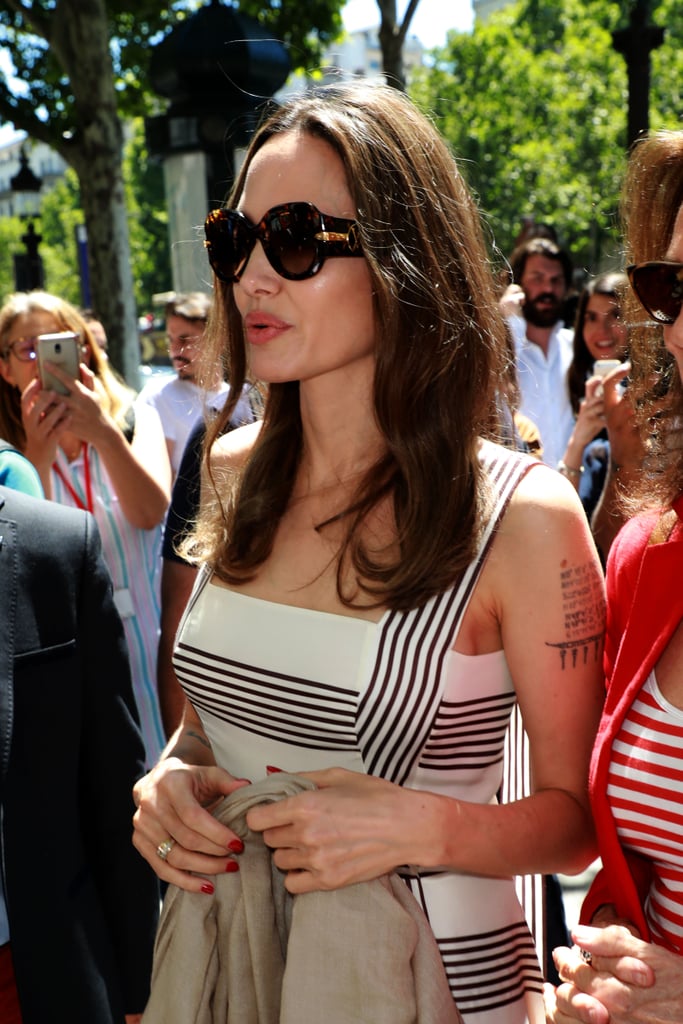 Angelina Jolie rarely changes up her brown hair, but the actress and philanthropist just made an unexpected switch for Summer. Jolie, who was previously spotted earlier this month with medium-brown hair and lighter highlights while in Colombia working with the United Nations High Commissioner for Refugees, just stepped out on the Champs Elysees in Paris, France with a deeper chestnut hue.

Traditionally, most people (including many celebrities) tend to go lighter for the Summer months, but Jolie decided to do what she does best: completely stray from the norm and opted for a darker colour instead.

Check out her new hair colour, ahead.