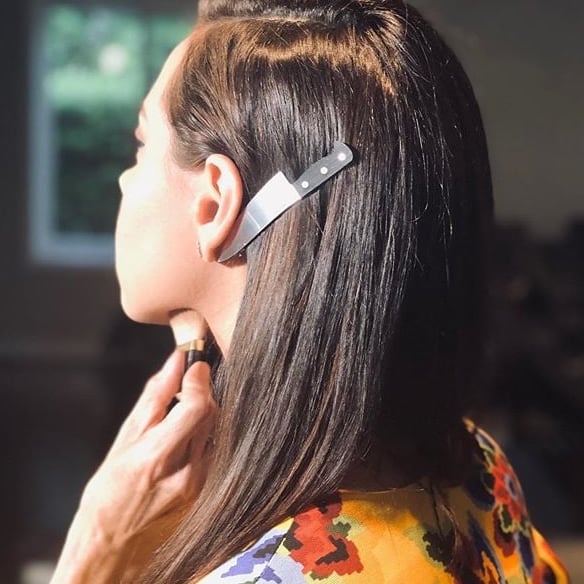 From the front, Aubrey Plaza's side-parted hair at the Child's Play premiere was sleek and elegant. From the side, you'll see she had hidden, dangerously cool detail hidden: the actress had a tiny kitchen knife hair accessory tucked behind her left ear.

LA-based hairstylist Clayton Hawkins created the look for Plaza. "Aubrey is so funny and obviously a comedic icon, but she's also classically beautiful," said Hawkins. "I always try to find the middle ground with her where it's not just campy or boring beauty. Two weeks ago, when I was thinking about the Child's Play premiere, I was like 'OMG, what if I did a classic Hollywood blowout and had a tiny knife behind her ear?'"

Hawkins went on to explain that he sifted through options on Etsy and other retailers, before landing on the Vinca Chef's Knife Hair Clip ($38). "Once Aubrey saw them, she was super down!" he said.

See Plaza's hair look for the premiere, ahead.