The Hills star, Audrina Patridge is revamping both her career and her hair colour. Rumours about her spinning off into her own show (just like Whitney Port did) have been confirmed and perhaps this is what sparked her idea to hit the salon. In the past few months, we've seen her hair go from a dark, almost black to a rich and warm auburn-red. Then yesterday, she arrived in Australia to host the Vodafone MTV Australia Awards with a light brown, honey-coloured highlighted look. Which is your favourite shade on Audrina? 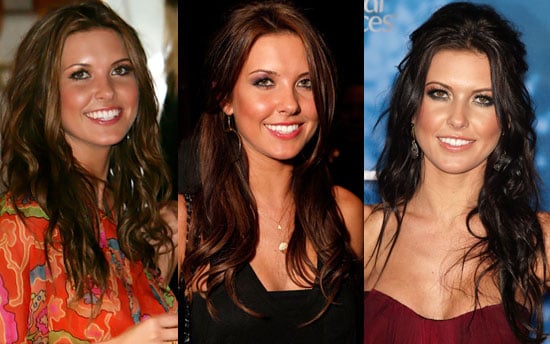