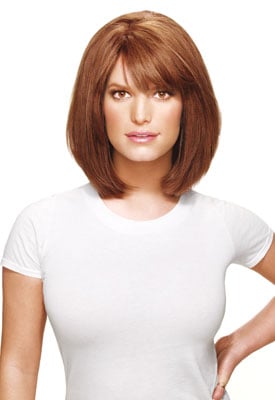 Being Jessica Simpson's BFF must be a full-time job, but that hasn't stopped hairstylist Ken Paves from launching his own empire, and in the unlikely field of wigs!

The celebrity hair guru already has his own successful wig line HairDo in the US, and now he's landing on UK shores with a new special Jessica Simpson-themed Bob wig (£89). Ken has created it with British based Hothair, which already offers a range of Jessica-themed hair pieces.

The Hothair 'Bob' piece is set to go on sale with QVC on May 31st, with Ken himself introducing the product. It will be available in nine different colours and made in Tru2Life heat-friendly synthetic hair fibres.

Ken's wigs have been on my radar for a while now. Last month, Jessica tweeted some of his hairpiece creations on a flight to Las Vegas.

It looks like the Jessica wigs could be just the start, too. This week, Ken was spotted out with Victoria Beckham, so maybe 'Posh' wigs are on the cards next? Are you a fan of wigs?