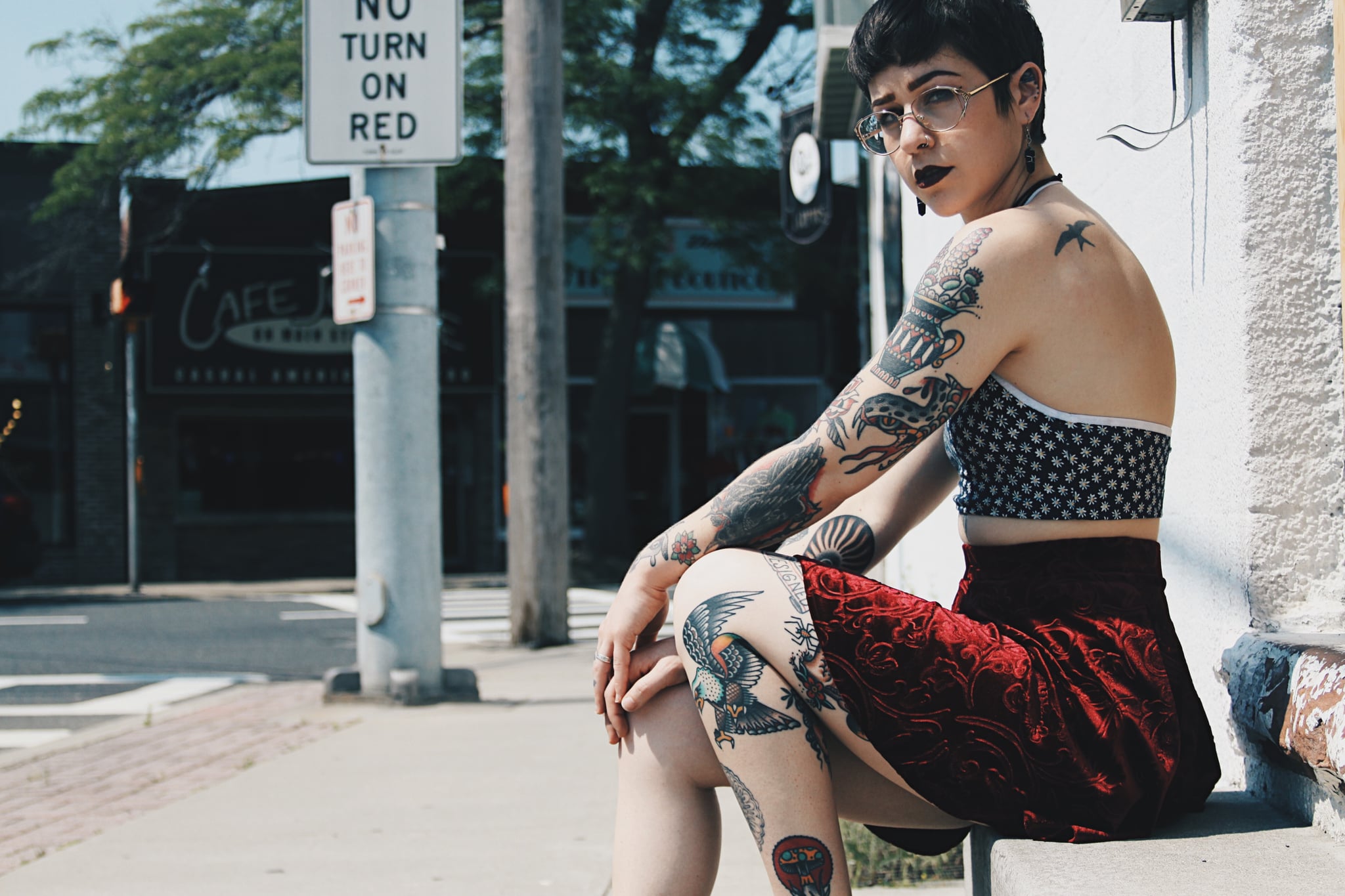 When celebrity piercer Brian Keith Thompson started getting tattoos in the late 1990s, his family sat him down for an intervention. "They were concerned that I was covering large portions of my body," he told POPSUGAR. Later, he was arrested, and even the jaded detectives who booked him offered words of warning. "They were like, 'Dude, what are you doing with those big tattoos? You're never going to be able to get a job. You're going to be an outcast.'" For Thompson, that was precisely the point. The former Marine had always felt a little different and somewhat off. Repeatedly covering his body in ink was a way to express that with the world.

Monami Frost, a Liverpool, England-based clothing designer, agreed. The entrepreneur is covered in tattoos mostly done by her husband, artist Anrijs Straume. "I feel very strange having blank skin," she said. "When I get a new tattoo, I feel like I'm coming home and becoming more of who I am."

Both Thompson and Frost consider their tattoo collecting a hobby. But could it be an addiction?

Not exactly, NYC neuropsychologist Dr. Sanam Hafeez said. However, the rush some people feel after getting inked is more than just a placebo. "Getting a tattoo can activate nerve endings or pleasure centres in the brain," Hafeez said. "It might also trigger an after-sensation that feels like a sense of achievement or accomplishment. That can feel like a 'reward' to some, and they can begin to associate the pleasant feeling with the experience."

That sensation can keep people coming back to tattoo parlour chairs, especially when coupled with the fact that the art makes some people feel like they have control over their own bodies. According to Hafeez, "Getting inked feels like an active choice." That said, Hafeez noted that tattoo ink itself contains no addictive ingredients.

By definition, you can't get addicted to tattoos, because you can't become totally dependent on them for survival. While you don't run the risk of ink taking over your life, that doesn't mean that the decision to subject yourself to the process should be taken lightly. Even though Thompson runs a tattoo parlour, he admitted to regularly talking customers out of the process. "A neck tattoo that says 'F*ck the world' may look great if you're on a billboard promoting your latest album, but it's not going to do well if you want to be an officer in the US Marine Corp," he said. "If a client works in a more conservative industry, I definitely encourage them to put some thought into a more discreet tattoo placement."

While tattoos are becoming more mainstream, that's not reason alone to get one. "If you only want a tattoo because it's trendy right now, I would recommend that you hold off," Thompson advised. "But if you want to get a tattoo because your heart can't live without it, then it would never be a mistake." 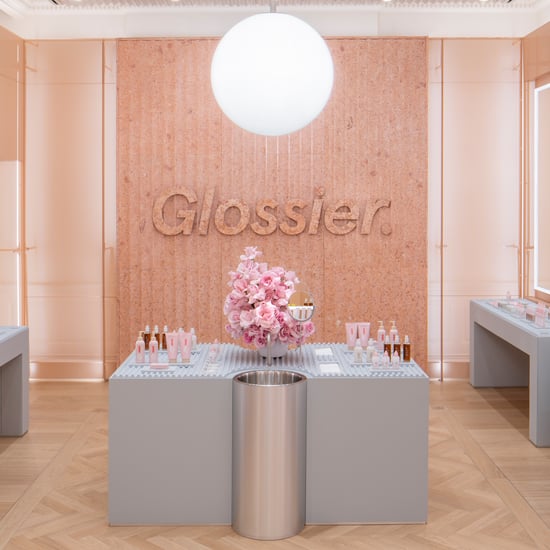 Skin Care
Get a Sneak Peek at Glossier London, the Brand's First Permanent International Store
by Sophia Panych 1 day ago 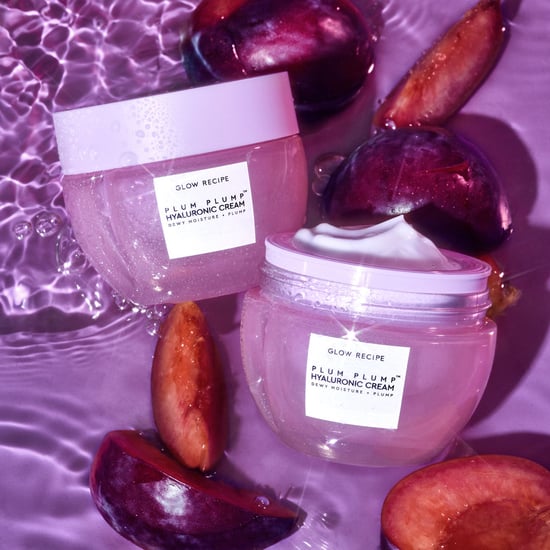 Celebrity Style
Adele Has Custom Saturn Earrings to Match Her Tattoo, and I'm Only a Little Jealous
by Sarah Wasilak 3 weeks ago 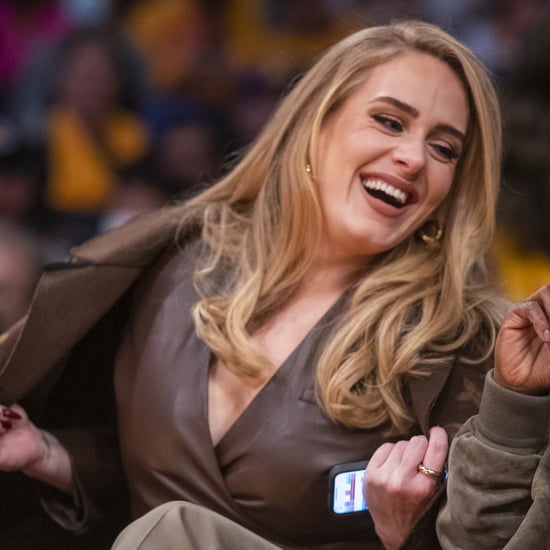 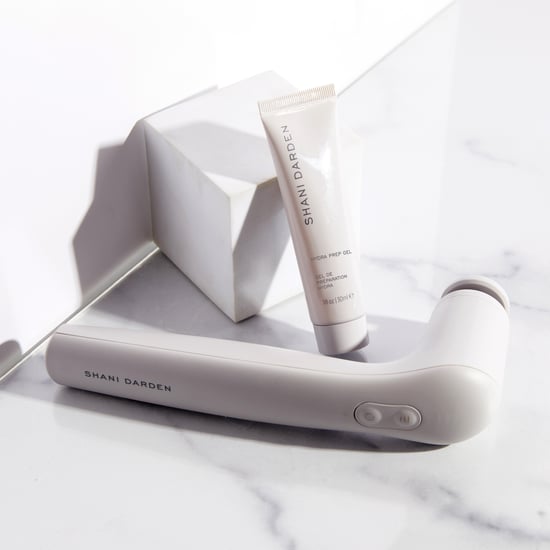