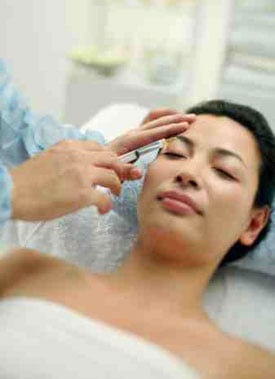 We’re used to getting our standard night creams, lipstick supplies and fragrance from department stores, but now Debenhams is taking its beauty services a step further with the introduction of Botox.

According to The News of The World yesterday, the department store opened its first Mediskin Cosmetic Laser Clinic at its Newcastle store last Tuesday offering Botox injections for £170. The treatments take 45 minutes in total, including a quick consultation. The clinic also offers dermal fillers; thread vein removal and treatment for sun and age spots. According to the report, they’re going to add on this list in future months and will also roll out to salons nationwide soon. For more on Botox and the celebrities who love it, read more.

There’s no doubt that Botox is extremely popular. Just a few years ago it was considered taboo and quite marginal, but now celebrities from Dannii Mingue to Trinny Woodhall have publicly touted their love for it and inspired a legion of fans. It works by freezing muscle contraction, creating a smoothing affect on the skin. The downside, however, is that it leads to the famed ‘fixed’ expression leaving users unable to express emotion so easily. Is Debenhams’ new Botox clinic the sign of things to come? Are plastic surgery treatments the next High Street beauty offer?