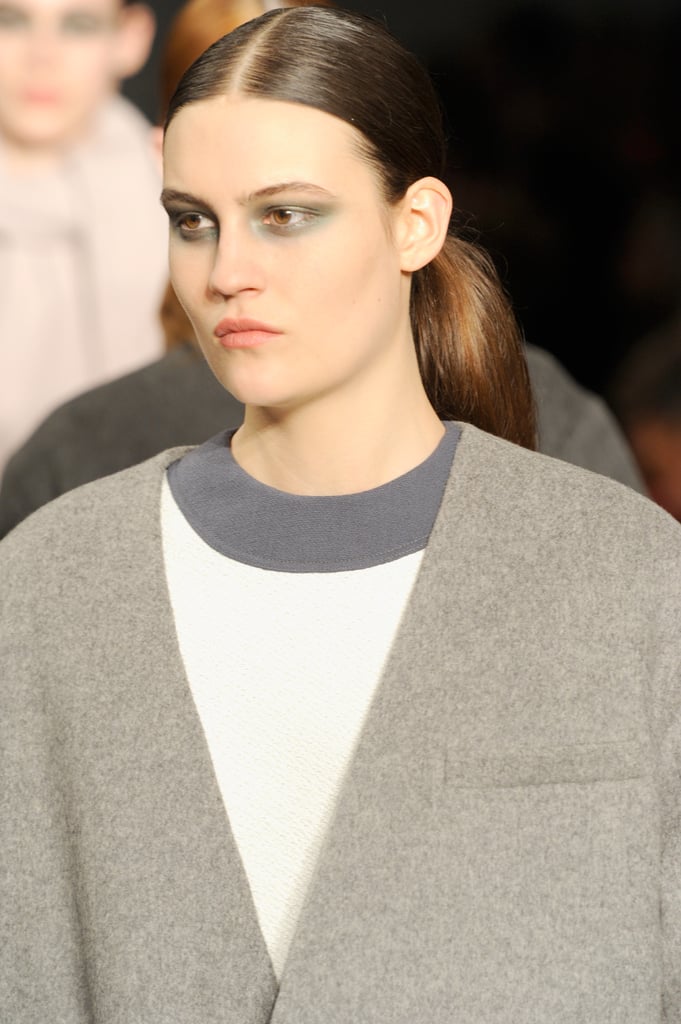 If black eye makeup isn't your thing, then you'll love what was going on at Derek Lam's Autumn/Winter 2014 show. Lead makeup artist Tom Pecheux, working with Estée Lauder, created a water-like smoky eye that was a mix of green, blue, and grey. "It's a pond, it's a lake, it's a river," Pecheux mused. "For the first time, Derek wanted something with a bold eye, so we went for it." The trick to this smoky eye? Using a larger brush than the typical eye shadow brush to create a more sheer finish, as opposed to one that was completely opaque. The rest of the face was kept almost completely bare: no contour, no mascara, and no brows. A nude lip added to the neutral palette.

Lead hairstylist Orlando Pita for Phyto and T3 also went the simple but dramatic route. He opted for a low ponytail that had a more bulbous shape toward the top. "During the test, I'd pulled the hair into a ponytail and then started teasing it to take it into a different direction, but Derek said, 'Stop! I like it there,'" Pita explained. He achieved the slick texture by mixing together Phyto Professional Glossing Cream and Phyto Professional Strong Sculpting Gel. "I don't want the scalp to show, and that tends to happen when you use gel alone," Pita explained. After pulling the hair into a ponytail, Pita teased the bottom and then smoothed the top layer over to create the orb.

For the nails, lead manicurist Jin Soon Choi opted to keep things muted against the bold colours of the collection. She painted on a coat of her polish Nostalgia, followed by Muse. The result was a gorgeous, warm manicure that was the cherry on top of a theatrical, dramatic beauty look. 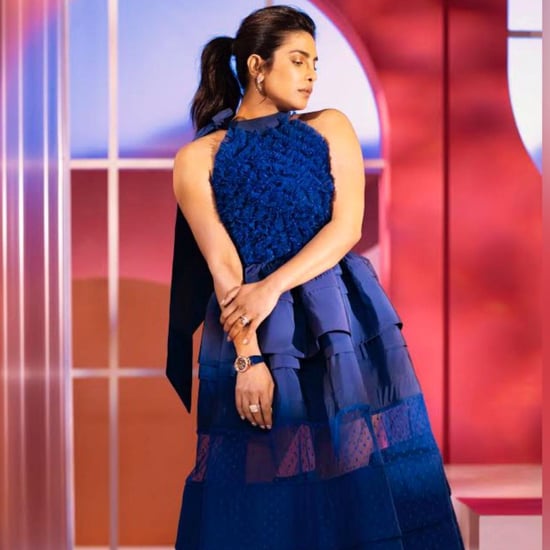