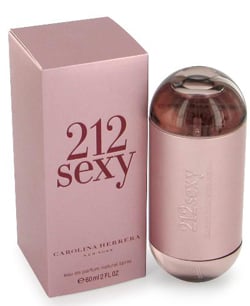 American designer Carolina Herrera was given a lifetime achiever award this week by the Cosmetic Executive Women UK. Herrera, whose namesake brand is controlled by Puig Beauty & Fashion Group, picked up the award in London where a host of other beauty industry names were also celebrated. Romy Fraser, founder of Neal’s Yard Remedies; Noella Gabriel, Elemis’ director of product and treatment development; Hilary Dart, managing director of Hilary Dart Associates, and Newby Hands, associate editor and health and beauty director of Harper’s Bazaar were also recognised for their contributions to the beauty industry. Per Neuman, managing director of Estée Lauder in the U.K. and Ireland, scooped a special industry award.

For the low down on the award and Carolina's acceptance speech, just read more.

According to WWD, during the event, Robert McClatchie, managing director of Puig UK, recited a speech penned by the late Enrique Puig, chairman of Puig Beauty & Fashion Group. “To work with Carolina is a pleasure,” he said. Journalist Lucia van der Post, who presented Herrera's award added "Two words sum her up — glamour and allure. I think this is something most of us aspire to.”


“When I started my career as a fashion designer I always had in mind that one day I would create a scent. Since my beginnings I had the chance to be surrounded by wonderful teams. They took the name of Herrera fragrances to new heights and tonight I want to say thank you.”