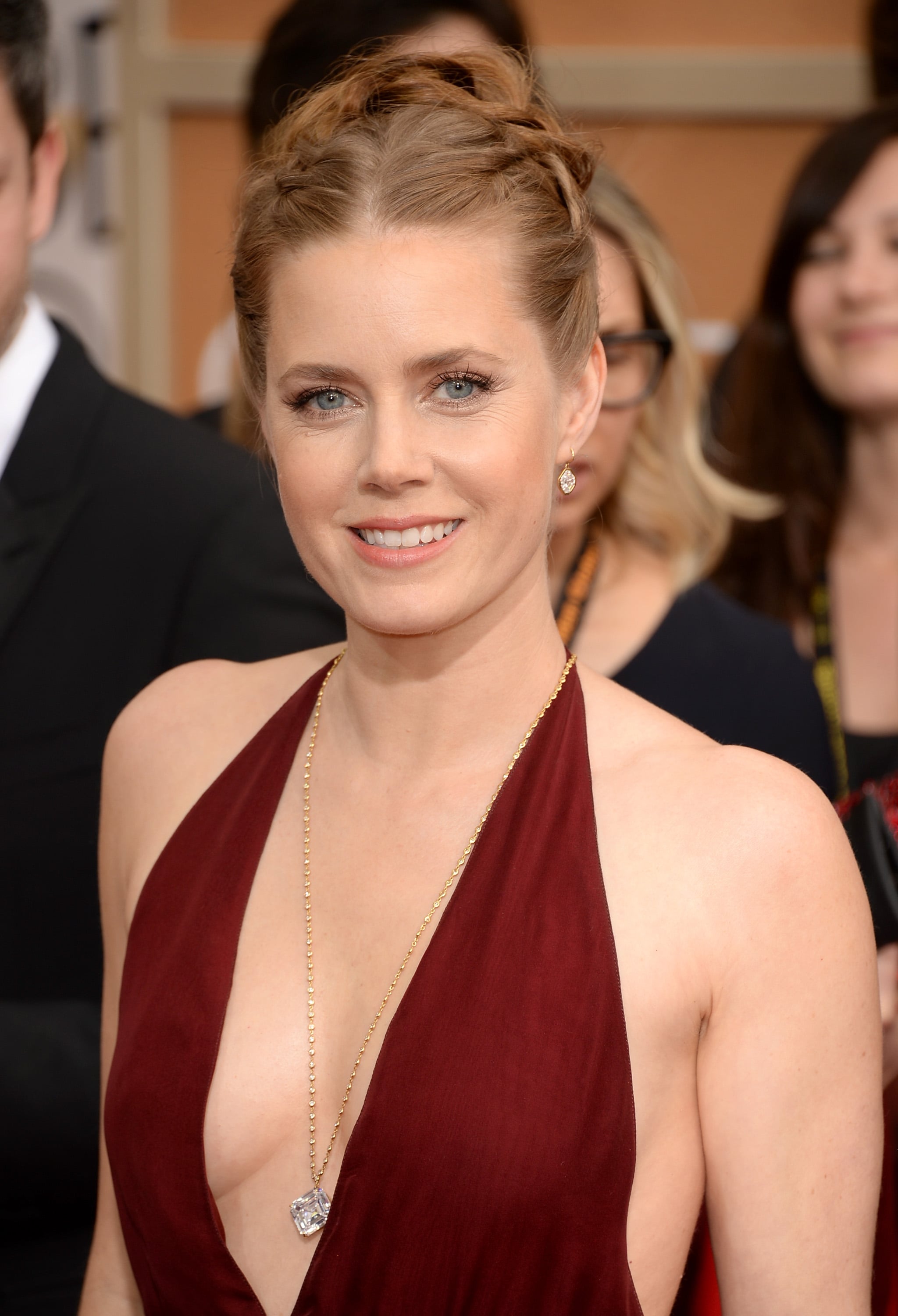 Can we start seeing more braids on the red carpet à la Amy Adams? Along with her nomination for best actress for a comedy or musical for American Hustle, Amy Adams brought the plait game to the Golden Globes. Two braids were twisted back into a high bun on either side of Amy's head. For her makeup, she kept things simple with shimmering pink shadow and a nude lip. Are you a fan?