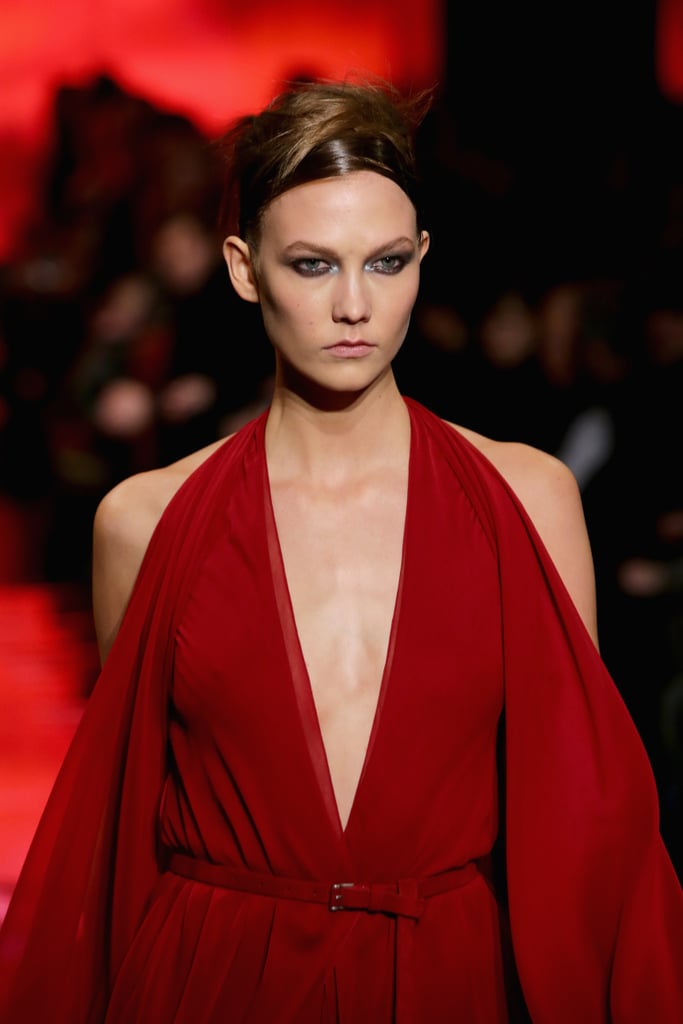 Donna Karan Presents the Most Gorgeous Version of "Hat Hair" Ever

Instead of hat hair being a messy, frizzy mop, the 'dos at Donna Karan New York redefined the phrase, literally turning hair into a hat itself. Inspired by the chapeaus designer Steven Jones made for the show, lead hairstylist Eugene Souleiman mimicked their shapes and textures. "The hats are really beautiful, but strange," he explained. "They're patent leather, and I wanted to create hair that was shiny to mimic this." He achieved this by gelling hair down around the hairline so it was slick and dry and then leaving the top portion a bit dusty and textured. "It's like a wet rat that becomes dry," Souleiman added.

For the makeup, lead artist Charlotte Tilbury was charged with making the girls look fresh faced but also modern. "[Donna Karan] wanted the girls to have a punky, futuristic element," she explained. To achieve this, Tilbury applied moisturiser over the face, particularly under the cheeks, and then focused on the eyes. Gunmetal shadow was layered beneath a silver cream shadow to create a silver-leaf effect. The inner V-corner of eyes were highlighted with silver. On top of that, Tilbury applied eye gloss for a wet look. The top and bottom water lines were filled in with black, but the lashes were kept bare and uncurled.

Michelle Saunders for Essie opted for minimal manicures in order to keep the focus on the hair and makeup. "It's tomboy chic," Saunders noted. She debuted a new shade, out this Spring, called Spin the Bottle, which is a pink-beige flesh tone. It was the perfect complement to an otherwise out-of-this-world look. Kids, don't try this at home.