Wang Newton — named Mei-yin at birth — is a New York City-based drag king and entertainer and one of the few in the drag community of Asian-American background. The following story was told to Kelsey Castañon and edited for length and clarity.

I was born in Taiwan and grew up mostly in the Midwest and central Pennsylvania after 5 years of age. As a queer person assigned female at birth (AFAB), I can't say it was fun to live in small-town America under a roof of traditional Chinese culture. You are consistently being told that children should not talk back to parents, even if only to correct a fallacy happening at the moment. Boys are expected to carry the family name. The culture teaches AFABs to be shy and conservative.

I enjoyed my feminine fashion and presentation. To be honest, I was not consciously trying to explore my masculinity. That doesn't mean I did not do it subconsciously. This, to me, is what a journey can be like for anyone growing up in an environment not aware of artistic or diverse possibilities of life. 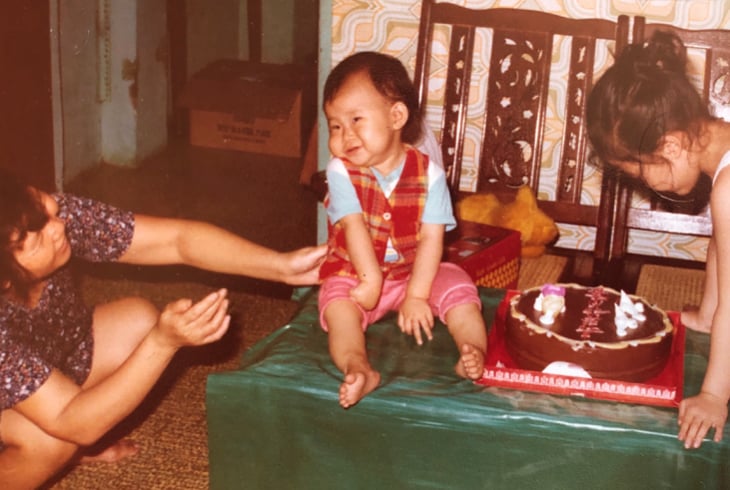 While I jest, the phrase "I didn't choose the drag life, the drag life chose me" holds true for me. When I was 19, I was on a European cruise with neighbours and won a bottle of bubbly for lip-syncing to "New York, New York" in a three-piece suit. Years later, I was supposed to be an extra in an unknown indie film as "Cambodian Village Woman," but suddenly they had me playing a Khmer Rouge soldier, and the director chose to zoom in. I didn't even know I was doing drag — I just kept getting rewarded when impersonating a man.

This was in the early days of my gender and sexuality exploration, so dressing in traditional male clothes once was all it took for me to enjoy acting.