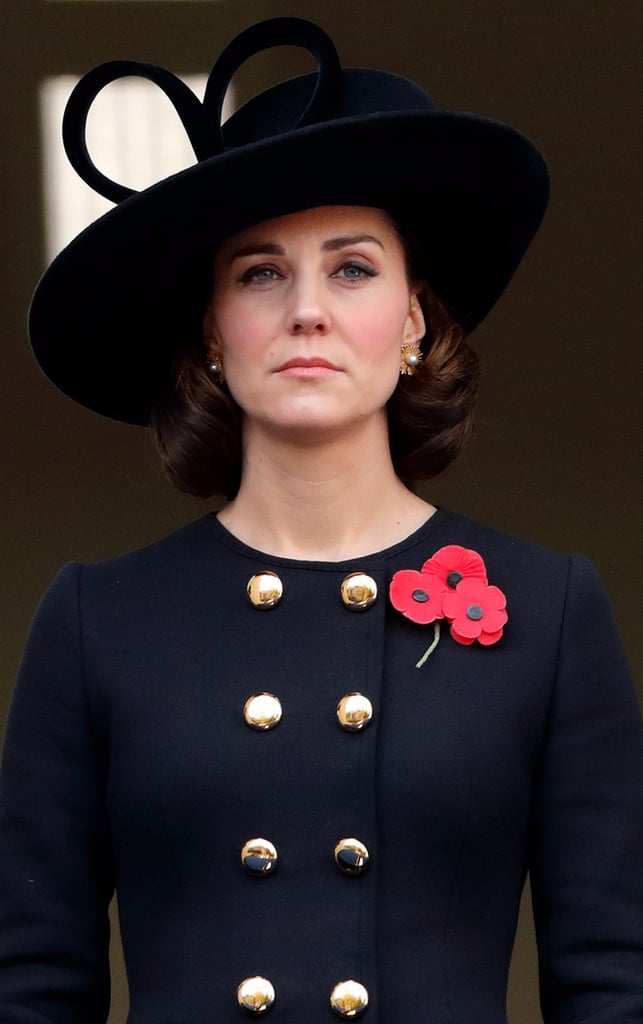 Could the Duchess of Cambridge's Latest Hairstyle Be a Hint at What's to Come?

It's no secret that we're all pretty obsessed with the Duchess of Cambridge's hair, and her most recent 'do is no different. During the Duchess's recent appearance, at the Remembrance Sunday service on 12 Nov., she debuted a new updo that we can't help but speculate is practice for an upcoming dramatic cut.

She was seen on the balcony with the Countess of Wessex sporting a carefully coiled faux bob under her hat. If you're familiar with the hair conspiracy theory that Kate debuts a new 'do before a big event, such as having a baby, she may well be practising before she decides to get the chop for real. After all, with three children to look after, who has the time to wash and blow-dry long locks?

Whether she's testing out the new length ahead of baby number three's arrival, or just trying out a faux bob for fun, we're as obsessed with this look as we are all her other styles.