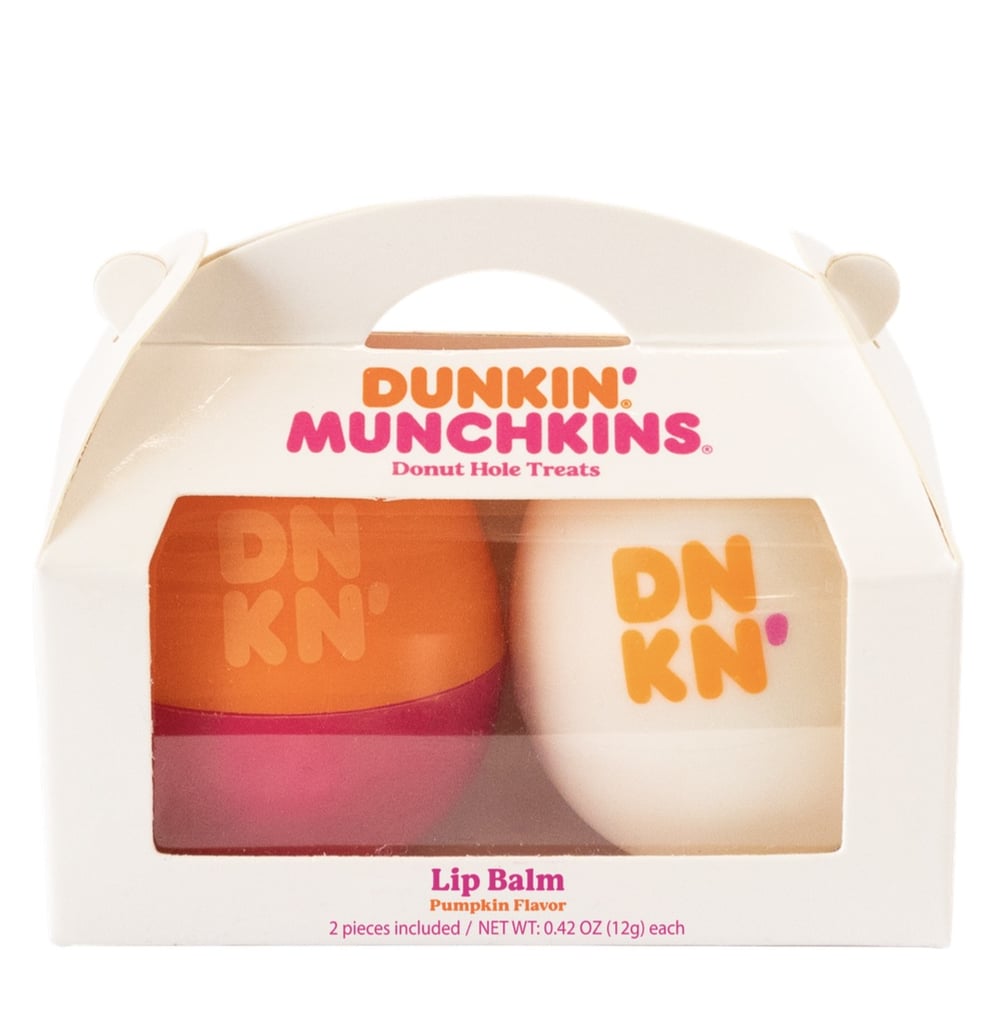 Dunkin' is releasing more lip balms for Fall, and its latest flavour is — you guessed it — Pumpkin. Fans of the brand's signature flavour will be able to indulge in the new Pumpkin Munchkins Lip Balm ($6) as it rolls out in select locations on Aug. 14.

If you're wondering what these areas are, Dunkin' tells POPSUGAR that it will be releasing the balms (along with its beverages and confections of the same flavour) in cities that start with the letters in the word "pumpkin." Dunkin' revealed via its Instagram that these cities include Providence, RI; Upperco, MD; Marietta, GA; Pleasant Hills, PA; Kissimee, FL; Indian Trail, NC; and New York.

Dunkin' released a set of lip balms in Spring that were Munchkin-shaped, boxed up similarly to the doughnut-hole-shaped dessert. These lip goodies were also released in specific locations, which fans tracked down and posted on their Instagram. Dunkin' also offers a lip balm duo on its online store, which includes a Cinnamon Swirl and Pumpkin flavour. Check them out ahead.

Hair
Move Aside, Rachel Green — Everyone on TikTok Wants the "Farrah Fawcett Flip" Hairstyle
by Jessica Harrington 17 hours ago