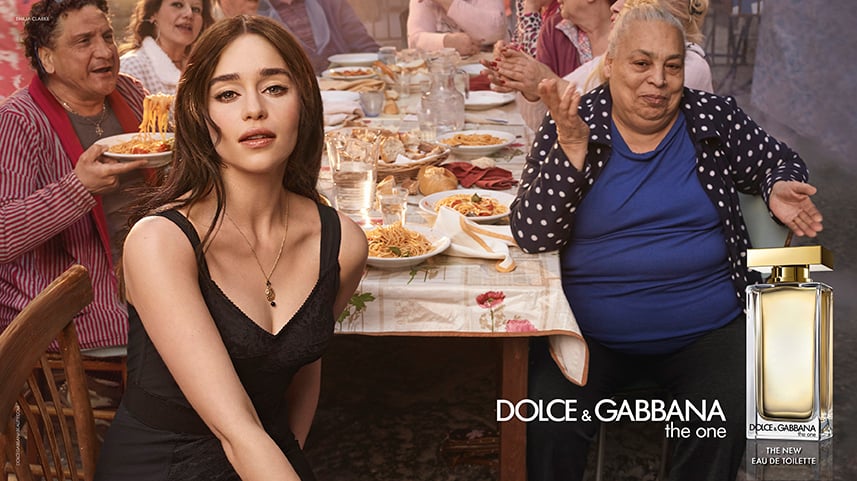 Emilia Clarke Stars in Dolce & Gabbana's The One Fragrance Campaign

As we approach the first weekend without a new episode of Game of Thrones, Dolce & Gabbana has just the remedy to quell our appetite for more. Emilia Clarke and Kit Harington, whose characters Daenerys Targaryen and Jon Snow sealed their romance in one of the most talked-about scenes of the season seven finale, unite once again in a campaign for The One fragrances. It's almost too much to handle.

Emilia, face of The One Eau de Toilette, and Kit, face of The One for Men, both have adverts where they party in the streets alongside locals in Naples, Italy. Captured by filmmaker Matteo Garrone, they both look stunning dressed to the nines. There's dancing. There's spaghetti. It's festive, playful, and gives even more reason to want to hang out with these IRL close friends. While the charismatic duo don't share screen time together in this campaign (sob), our fingers are crossed that Dolce & Gabbana has more in store.

While The One for Men has been a D&G classic since 2008, the Eau de Toilette is a brand new offering for Sept. 2017. Expect a sensual scent made up of top notes madonna lily, bergamot, and white peach with other notes of orange blossom and vanilla.

Ahead, see both of their campaign photos, videos, and behind-the-scenes goodness.