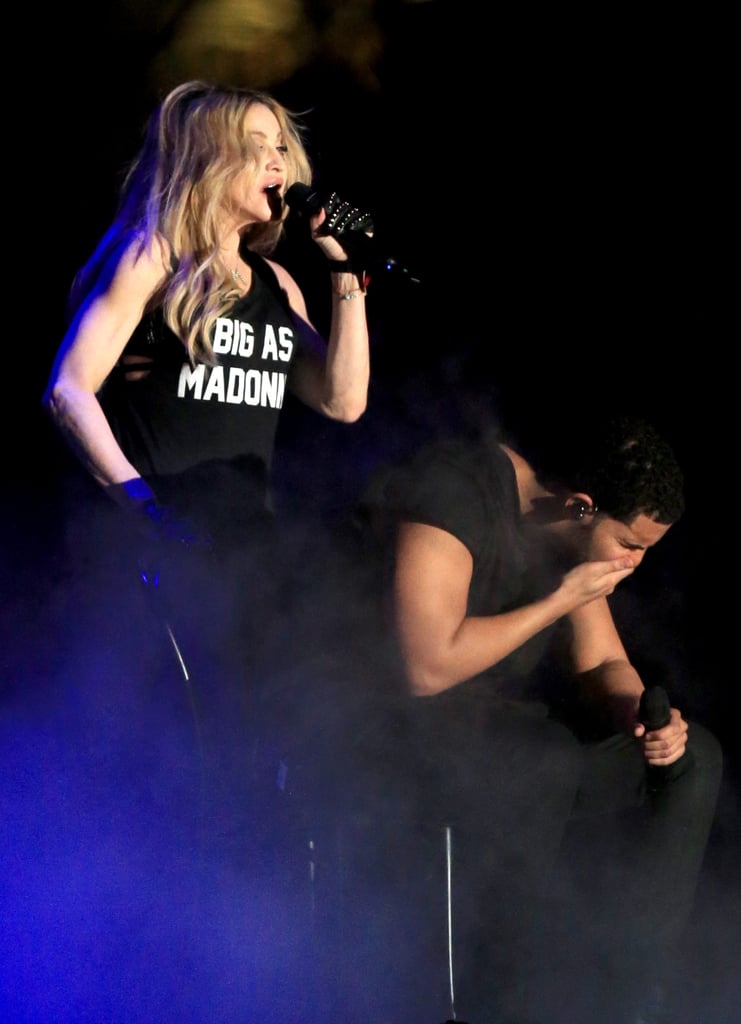 This Explains Drake's Reaction to That Madonna Kiss

Madonna's kisses are something that should be bottled up and sold for millions! So it was a little shocking that Drake visibly cringed when the duo lip-locked on the Coachella stage. According to TMZ, it wasn't the thought of making out with the 56-year-old music icon that Drake despised — it was actually her lipstick. Apparently Madonna's nude gloss had a weird taste that left Drake with less than a smile. As frequent lipstick-wearers, we can attest that not all lip colours taste like bubblegum and strawberries. Watch the video below to see Drake's nasty-lipstick face.

Makeup
14 Waterproof Mascaras That Won't Move an Inch, No Matter What Life Throws at You
by Jessica Harrington 2 days ago