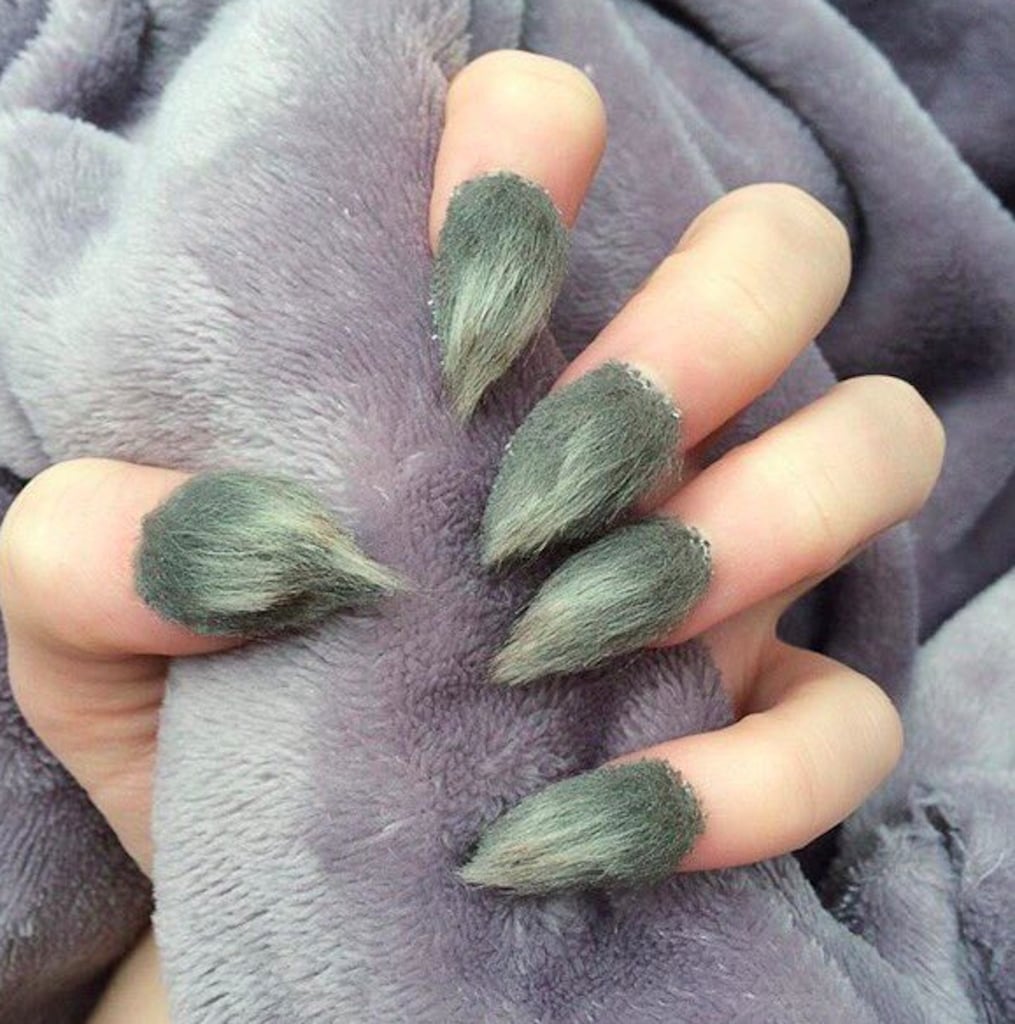 Grinch Fingers Are a Festive (and Controversial) Way to Celebrate Christmas

When Twitter user BeautyTuts posted a photo of manicure inspiration she liked, she had no idea it would become a source of debate. The makeup maven thought the furry green, ombré nails were cute and the Twitter community responded in a major way.

While some beauty junkies liked the unique idea, others thought it reminded them of a famous grouch — the Grinch from Dr. Seuss's The Grinch Who Stole Christmas. The many tweets that followed were hysterical and people had very strong opinions on the furry talons. Read on to read the comical reactions to the fuzzy digits.

these furry nails are cute 😍 pic.twitter.com/LlpaKpjWhb

Skin Care
"Lip Tenting:" the Buzzy New Filler Trend Everyone is Talking About
by Kelsey Castañon 1 week ago