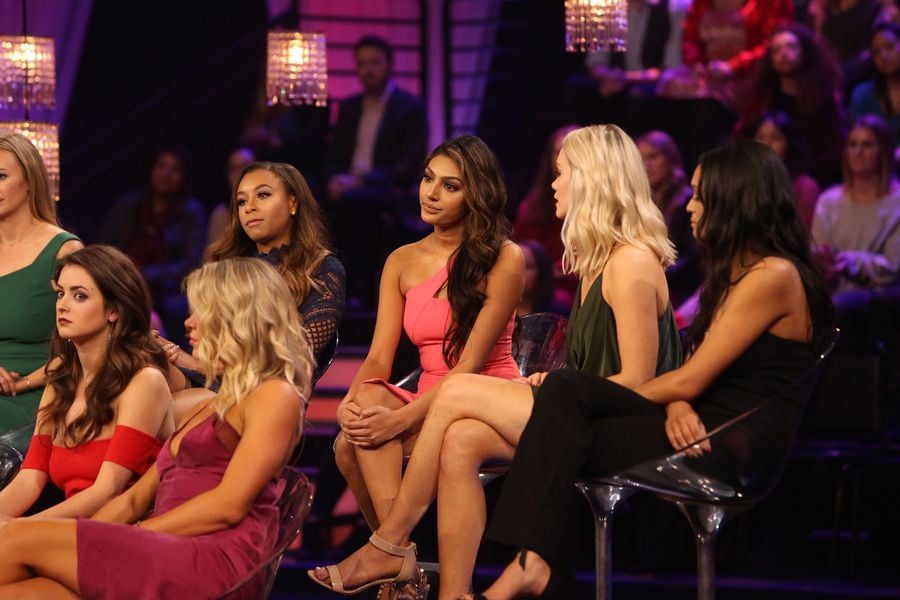 This season of The Bachelor was, as ABC and Chris Harrison promised, "one of the most controversial in history." If you are anything like me though, you are probably over the social media bombardment of trolling comments aimed at Arie's absurdly poor decision making skills. So, as the rest of the world discusses our next Bachelorette and the embarrassment she endured, I'd like to take this opportunity and get down to another issue and source of drama on this season: glam-shaming.

For all of you who didn't spend your Mondays aimlessly committing to questionable television, one of Arie's contenders, Marikh, accused another contestant, Chelsea, of "glam shaming" her while they were on an excursion in Tahoe, where the environment was definitely more country than red carpet.

Apparently Chelsea made some sort of snide comment, likely in jest, about Marikh primping and prepping while the rest of the girls were eating bugs and trying to find their way out of the wilderness. (Who thought of this awful group date anyway?)

Upon hearing Chelsea's comments, Marikh felt put down and likely embarrassed. She expressed her annoyance with her during a one-on-one discussion, obviously feeling judged. She did not like being made fun of and put down for her choice to look her best. Granted, nobody likes to feel put down or judged, but alas, the world we live in does not render anyone immune to such a luxury. So we should respect Marikh's prerogative to express her aggravation toward Chelsea, as well as Chelsea's right to her own opinion. (After all, this is reality television, what good is it without a fresh slew of opinions?)

Essentially, glam shaming is judging or putting down someone for putting too much effort into their makeup, clothing, and general appearance, especially during what could perhaps be considered as inappropriate times to do so. There is an essence of casting someone off as being materialistic, conceited, shallow, or vein whilst glam shaming.

OK, But Is This a Real Thing?

There's a big difference between telling someone not to apply makeup while they're driving because it's dangerous, and judging someone for the type or amount of makeup they wear. This isn't an issue of distracted driving, though that is its own entirely separate problem. Glam-shaming is real and it does happen, though maybe the incident on The Bachelor was a bit overblown.

Make-up vlogger Nikkie de Jager of Nikkie Tutorials has said, "I just want people to know that makeup is fun . . . By no means do I want to say if you have insecurities you should slap makeup on and feel better."

If this is who you are and what you feel comfortable doing, rock it! Be the example you want to see and move past the pettiness. There are people out there with greater suffering than some girl, who isn't even your friend, having an opinion on something you chose to do that makes you happy. It's none of her business. So say your piece, but move on.

Take a tip from the great Samantha Jones: "If I worried about what every b*tch in New York was saying about me, I'd never leave the house."