Last night at the 2009 Screen Actors Guild Awards in Los Angeles, the red carpet was filled with celebrities from television and film. In true Hollywood tradition, all of the women arrived dressed to the nines in ball-gowns and baubles from big name designers and everyone's hair and makeup was flawless.

Some of my favourite beauties were January Jones who looked slightly 70's with her loose waves and gold eye shadow, and Freida Pinto whose soft, smoky makeup enhanced her creamy caramel skin. I also noticed that most hairstyles had body as opposed to looking stick straight. In particular, the elegant and timeless wavy updo reigned supreme. Out of these eight elaborate looks, whose do you like the most? 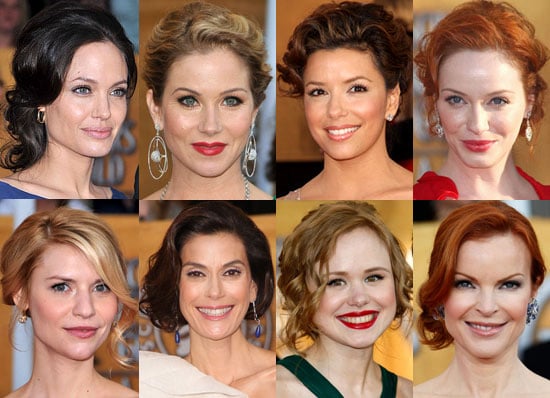 Also, be sure check to out all of the coverage from the 2009 Screen Actors Guild Awards here!