Being backstage at the House of Holland show yesterday was one of the most organized experiences in my entire Fashion Week career. There was a huge area so noone felt cramped or trampled and the dressing room, hair and makeup all had their own seating areas. The inspiration for the show (which was adorable because it was reflected on the invitations) was the old style Bingo game prints. This means lots of colours and lots of fun. So not to distract everyone away from the clothing, hair and makeup were kept in check. 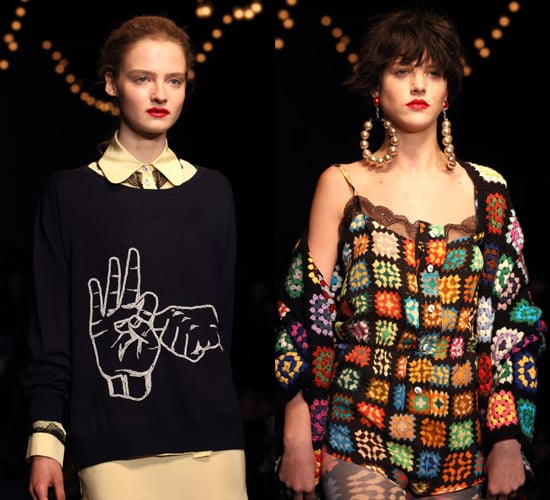 To find out all about what MAC makeup colours were used and for details on the three different nail looks, just read more.