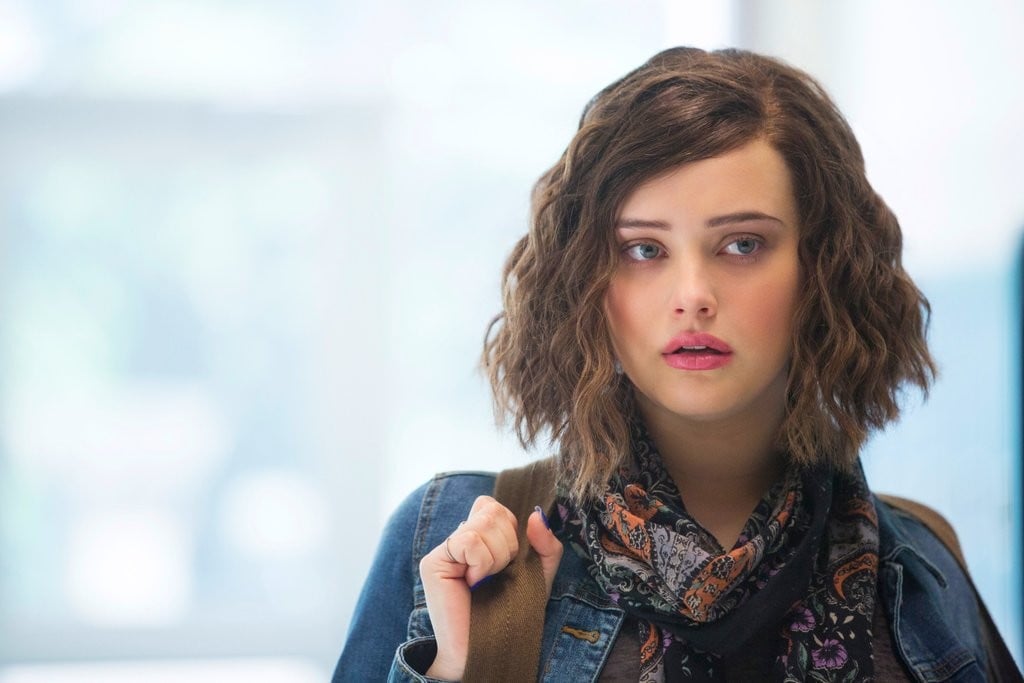 When you think of shows with iconic hair moments, you probably think of Game of Thrones or Gossip Girl. Well, no disrespect to Blair Waldorf, but I happen to take hairspiration from a less glamorous show. Call me superficial, but one of the only reasons I first turned on the Netflix show 13 Reasons Why was due to my obsession with promo images of Hannah Baker's choppy, wavy bob.

Turns out, I'm not alone — Vanessa Hudgens, Rita Ora, and now Khloé Kardashian have seemingly all found style inspo from this fictional character. Yup, months after the series's release, "Hannah Baker hair" is a definite thing. And it's so cute, you just might bring the 13 Reasons Why poster to your next cut and colour.

We all remember how Hannah, tragically, gets the now-iconic cut mere days before committing suicide. After leaving the salon, Hannah says, "I am giving life one more chance." Clearly, the look is dramatic, emotional, and physically gigantic. It's also unapologetic about the amount of space it takes up, which makes it feel like an exclamation point for her head.

Hannah's blunt, almost triangular style was given a playful, puffy update by Jen Atkin for Khloé's cut on Aug. 7 (which, as explained on Snapchat, was actually created via snipping off her extensions — the Kardashian sister is notoriously scissor-averse).

If you thought beach waves were the peak of our obsession with laid-back locks, wait until you see Hannah Baker hair. The little, dare we say it, crimped waves give the illusion of damp, sandy hair. If you have wanted to get on the wet-hair-to-work trend but break out in hives at the thought of ditching your dryer, then you're a natural for this style.

If you need any more proof that Hannah Baker hair is as good as it gets, look at it this way: Amber Rose took a break from rocking her (often gloriously) bare head to wear a wig of this style. Read on for more style inspiration that will also make you want to rewatch season one.