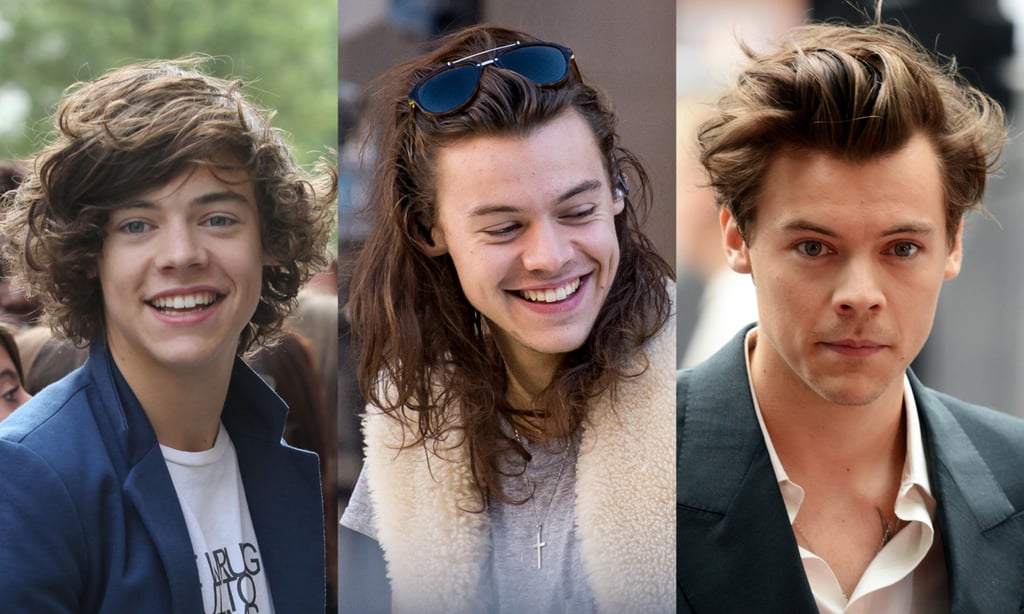 Harry Styles is known for a lot of things: his beautiful voice, his charming demeanour, and his most recognisable feature — his gorgeous head of hair. His hair has gone from adorable curls back in 2010 to moppy waves held back by headscarves in 2014. His hair hit lengths that as a fan I never expected to see (and sometimes hated — hello, awkward lengths) before the dark day where he chopped it all off, albeit for a good cause.

I have a lot of strong feelings about Harry's hair, and while I love the short look he's currently sporting (though I'm not convinced he knows exactly what to do with it sometimes), I miss the days of long-haired Harry who would totally own a stage in a completely new way while singing his hit "Kiwi."

Relive Harry's most iconic hairstyles in the gallery ahead, then check out his best Gucci moments.