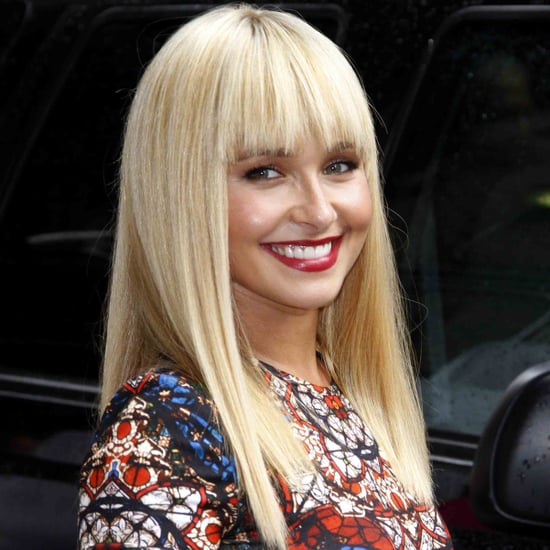 We guess Hayden Panettiere got the memo: fringes are big news this year. But whereas a dramatic new look for the change of season is common, what's not quite as common is going lighter with one's hair colour as we move into Autumn. While making an appearance on the Late Show With David Letterman, Hayden showed off a much blonder, blunt-cut style that reminds us just a little bit of Christina Aguilera. The actress topped her edgier look, which is quite a departure from her signature honey-blond waves, with royal-blue nails and an equally bright dress. While we have an inkling this may be a wig, we have to respect Hayden for trying something new. What's your take on Hayden's newly lightened coif and heavy fringe?

Hair
14 Celebrities Who'll Inspire You to Keep Your Side Part, TikTok Be Damned
by Danielle Jackson 4 days ago

Hair
Influenced by TikTok, James Corden's Middle Part Will Haunt Me in Perpetuity
by Kelsey Garcia 6 days ago