So we know Henry Holland and Agyness Deyn are joined at the hip: but we didn't know they were joined at the head too —check out Henry's bleach blond punk crop! Hmm, wonder who he's been taking hair-spiration from? 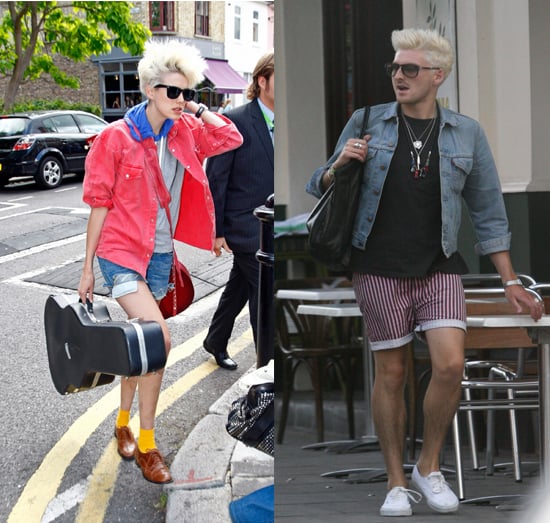 We already noted that they had a penchant for sharing clothes - especially those white Dr Martens. But now it looks like they're sharing bleach too. Henry debuted his new Aggie-do in London yesterday, though he looks like he was trying to keep a low profile. Perhaps Aggie hasn't seen it yet?