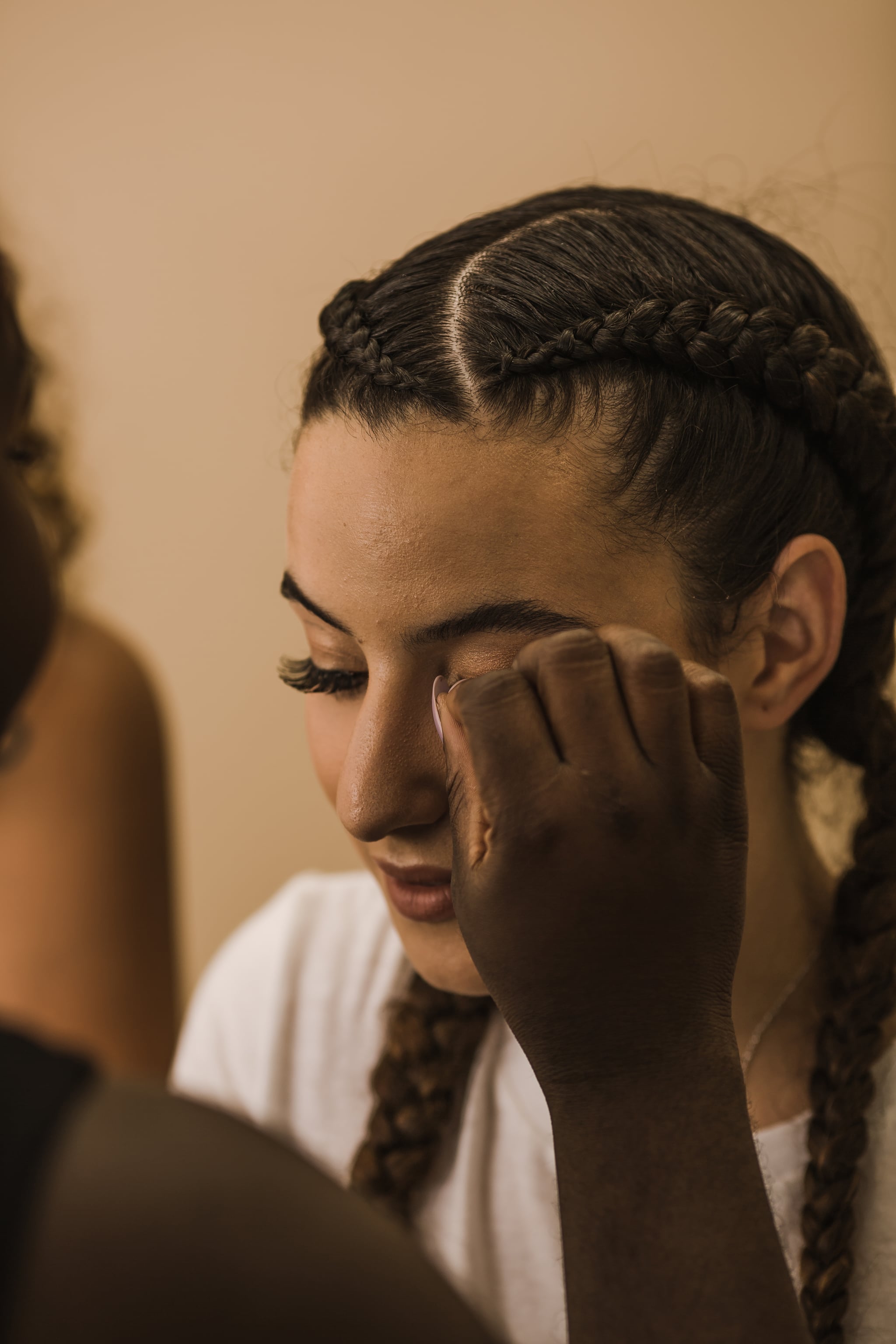 Whether you're Selena Gomez contrasting your dark brows with a new, bleached hairstyle, or simply trying to live your most fleek life, bold arches are a must. For most of us, that means dedicating five minutes of our mornings to necessary (if tedious) brow filling, or going to a salon for bimonthly tintings. For many, the latter is a preferred option.

Not having to take time to draw on your arches means extra sleep, and it's reassuring to leave your brows in the care of a professional. But, when you're truly strapped for cash, the DIY devil on your shoulder can take you to some questionable places. (Totally not speaking from experience — I would have never attempted an at-home Brazilian in my college dorm room that left me crying in the fetal position only to be discovered by my roommate. That would be so weird, haha!).

So I dyed my own brows today and boy was I scared but yolo am I right ladiessss pic.twitter.com/AQ4x1cXwlf

So, when one Texas teen made an at-home brow tint that actually worked really well, the internet predictably freaked out. As first spotted by Allure, 16 year-old Gabriella Robles took to Twitter to document her process. "So I dyed my own brows today and boy was I scared but yolo am I right ladiessss," Robles wrote. Ah, youth.

"The skin around the eye, especially under your brow, is much thinner than the skin on your face. It's fragile. One wrong move, and you're going to the hospital."

I can appreciate the hustle of a thrifty high schooler, but the mother instinct I never knew I had kicked in when I saw Robles's routine. After cleaning her brows, she applied white oil paint to her desired shape with a small brush "so the excess dye won't stain my skin!" Then, she tinted her brows with Just For Men Mustache & Beard dye. It just took "five minutes" for the colour to appear, then Robles cleared it off with soap and water.

Related:
How I Got the Best Eyebrows of My Life

Although I was terrified by the thought of applying paint to your face (eek, ammonia!), I'm no expert, so I reached out to Malynda Vigliotti, owner of NYC's Boom Boom Brow Bar and a master of all things arch-tinting. While she admitted to being superimpressed by Robles's handiwork (real recognise real), she advised against trying it at home.

"The skin around the eye, especially under your brow, is much thinner than the skin on your face. It's fragile. One wrong move, and you're going to the hospital," she told me. That's why brow bars like Boom Boom use a vegetable tint, as opposed to actual hair dye. According to Malynda, "[Hair dye] is poison if you get it in your eye."

Unsurprisingly, Malynda suggested sticking with an expert as opposed to going the DIY-route, but if you're seriously strapped for cash, she did offer an at-home alternative. Instead of shaping your brows with white oil paint, Malynda suggests using petroleum jelly, Aquaphor (£7), or "even just Neosporin if you had to grab something from your medicine cupboard."

Rather than opting for a drugstore hair dye, Malynda said to use a plant-based henna option, as it's the closest formula to the vegetable tint a brow bar would use. She advised against using something like Just for Men, because, "that's permanent hair dye. It's definitely lifting and depositing." Not only does that mean it could irritate (or straight-up burn) the skin, but it could also lead to your brow roots showing — which is probably not the look you're going for.

So while Malynda gave Robles "double thumbs up" for her guts, if you're going to follow her lead, just remember: be gentle with your beautiful brows. 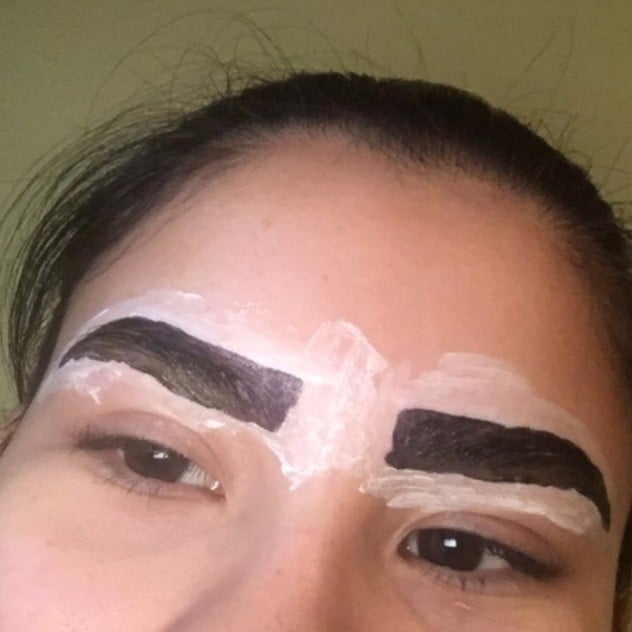 Hair
Move Aside, Rachel Green — Everyone on TikTok Wants the "Farrah Fawcett Flip" Hairstyle
by Jessica Harrington 17 hours ago