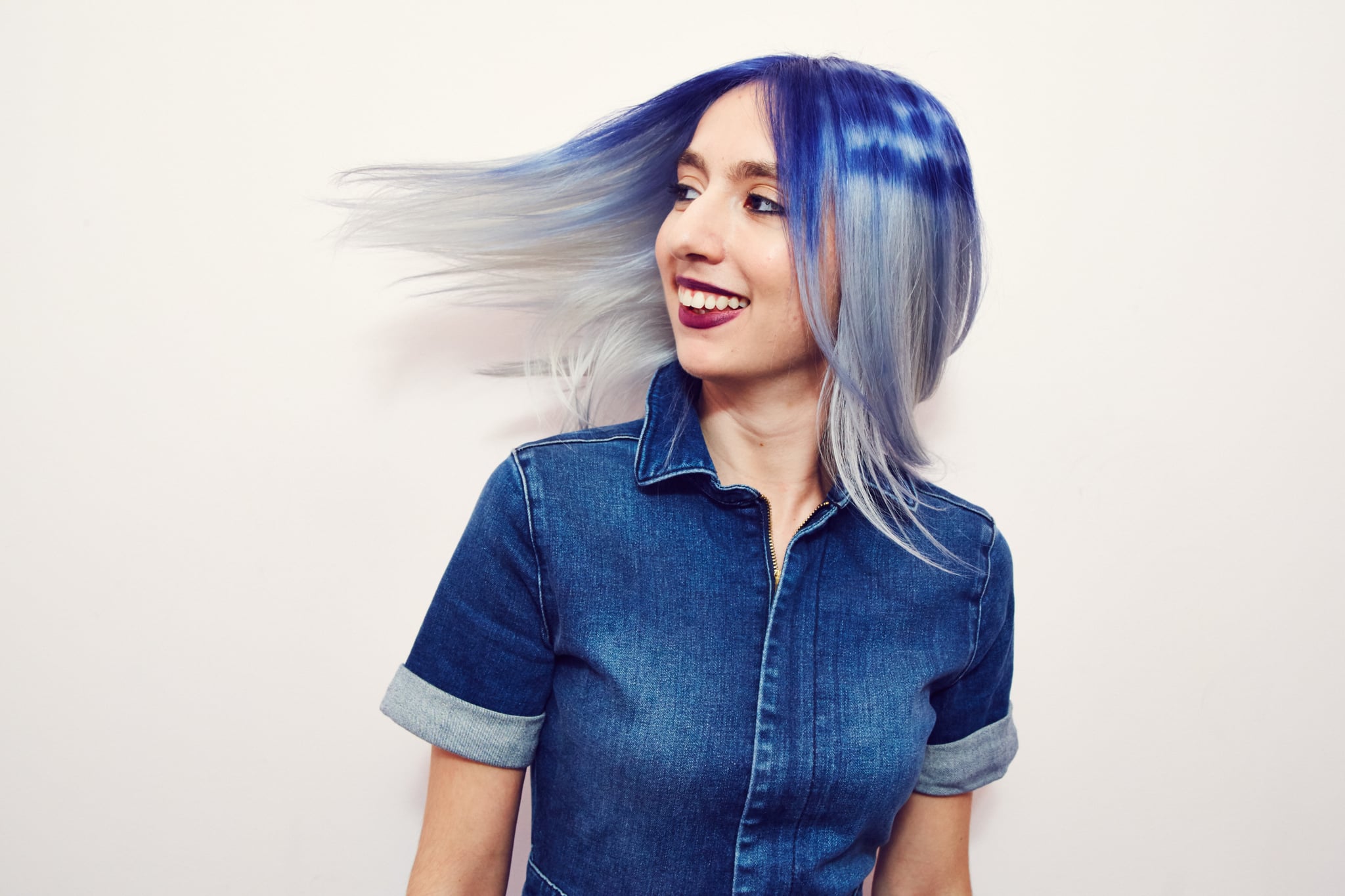 I've always been a little different. Not "cool" different, like the Victoria's Secret models who talk about how they got teased about their height in middle school, but different in a weird way, like how a 12-year-old with a sweating problem who won't shut up about her favourite ferret at the pet store might be. When I wasn't talking about my furry friend, I was pretty quiet. Making friends was never easy. I stayed in a lot. I didn't raise my hand in class. I poured my feelings into Lisa Frank journals but remained tight-lipped when my mom asked how school was. Most of the signatures on my yearbook read something along the lines of the sterile "You seem cool." Or even worse, the impersonal "HAGS." (That means "Have a great Summer," addressed to someone who's not worth writing the full phrase out for.)

If school was a drag, I found solace at the hair salon. Though my mother forbid me from changing the colour of my hair at the time, cutting it was fair game. I've gotten bangs, bobs, lobs, side parts, middle parts, curls, and straightening treatments. I wasn't just coming for the styling. The salon was a place I wasn't invisible, where stylists talked to me about boys and dates as if I, a buck-toothed girl wearing a tie-dye wolf shirt, would understand such things. I felt comfortable speaking up and asking for what I wanted from stylists. In turn, they celebrated who I was.

The first time I ever felt beautiful was when a stylist named Kaitlyn parted the long side bangs that swept over most of my face straight down the middle. "There you are," she said. "Now we can see that fine face of yours." It was the first time my own reflection ever made me smile. As I changed my hair around, I attracted different friends. They got to know me because of the look I was projecting, but they stayed friends with me for the person I actually was. I began to discover more about the person I was inside by experimenting with my physical appearance.

Years later, I got a job writing for POPSUGAR. I was 22, just out of college, and I punctuated my invitation into beautyland with my first-ever double process hair colour. Much to my mother's chagrin (she insists that it took 10 years off of her life), my brown hair transformed from a cocoon of toner as an acid-wash denim colour. Forgive the heavy-handed butterfly metaphor, but damn if I didn't feel as though I'd blossomed the second I stepped out of the salon. "People are going to come up to you in public now that you've lightened your hair," my colourist Jeanise said. I could not anticipate how true her words would be. 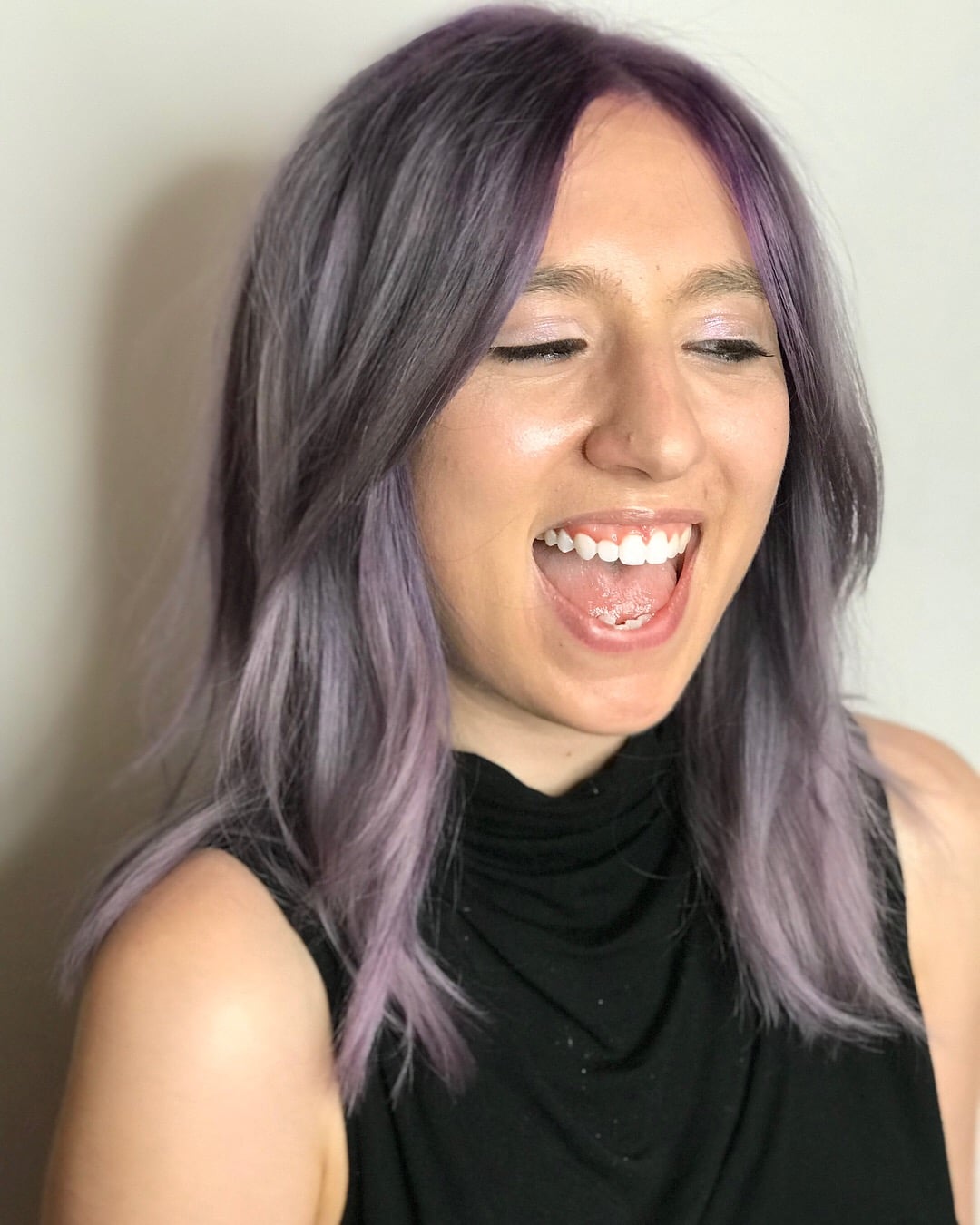 It's been about 10 months, or around 305 days, since I first had denim hair. Since then, it's been sky blue, platinum blond, pastel grey, and light purple. Nearly every one of those days, a woman on the street has come up to me to start a conversation about my hair colour. Sometimes she'll tap me on the shoulder or give a little wave. "Sorry to bother you," the woman usually starts. "I just want you to know, I love your hair. Have a nice day." Then she'll be off, one of the hundred people who just exited a subway train, disappeared onto a crowded street, or left a bar bathroom to return to her friends.

It's never the same type of woman, either. Sometimes, she's 60, holding onto the little hand of a grandchild. Or she'll be the grandchild, nervously stuttering the compliment to a stranger her mother sanctioned was OK to talk to. She's black, white, Latinx, Asian, or mixed race. She's gay, holding hands with an SO. She's a transgender woman, just starting to grow out her hair. It's her first day in the city. Whoever she is, she's a woman in a city of nine million people who usually keep to themselves. She's breaking a courteous social code to let me know that while I may be alone in that moment, I'm never lonely.

Often, she'll ask why I coloured my hair — which, for the longest time, I didn't have a good answer to. So many emotions were mixed up in my hair colour that when it came time to express them, I reverted back into my 12-year-old mumbling self, spitting out a slew of garbage that didn't really make sense. Then I spoke with my colourist Liz, who also has rainbow hair. "I just don't feel comfortable unless one part of me is 'off,'" she once said while painting bleach on my roots. "There's something inside of me that's strange and different, and I don't feel right unless that's reflected on me physically."

Make no mistake: I'm still awkward as hell. Maybe you are, too. But thankfully, part of growing up is embracing the ferret-loving freak that lives inside of you. I used to be quiet because I was afraid that might come off as weird. Now, I have a head of carrot-orange hair, because you're damn right that I am. 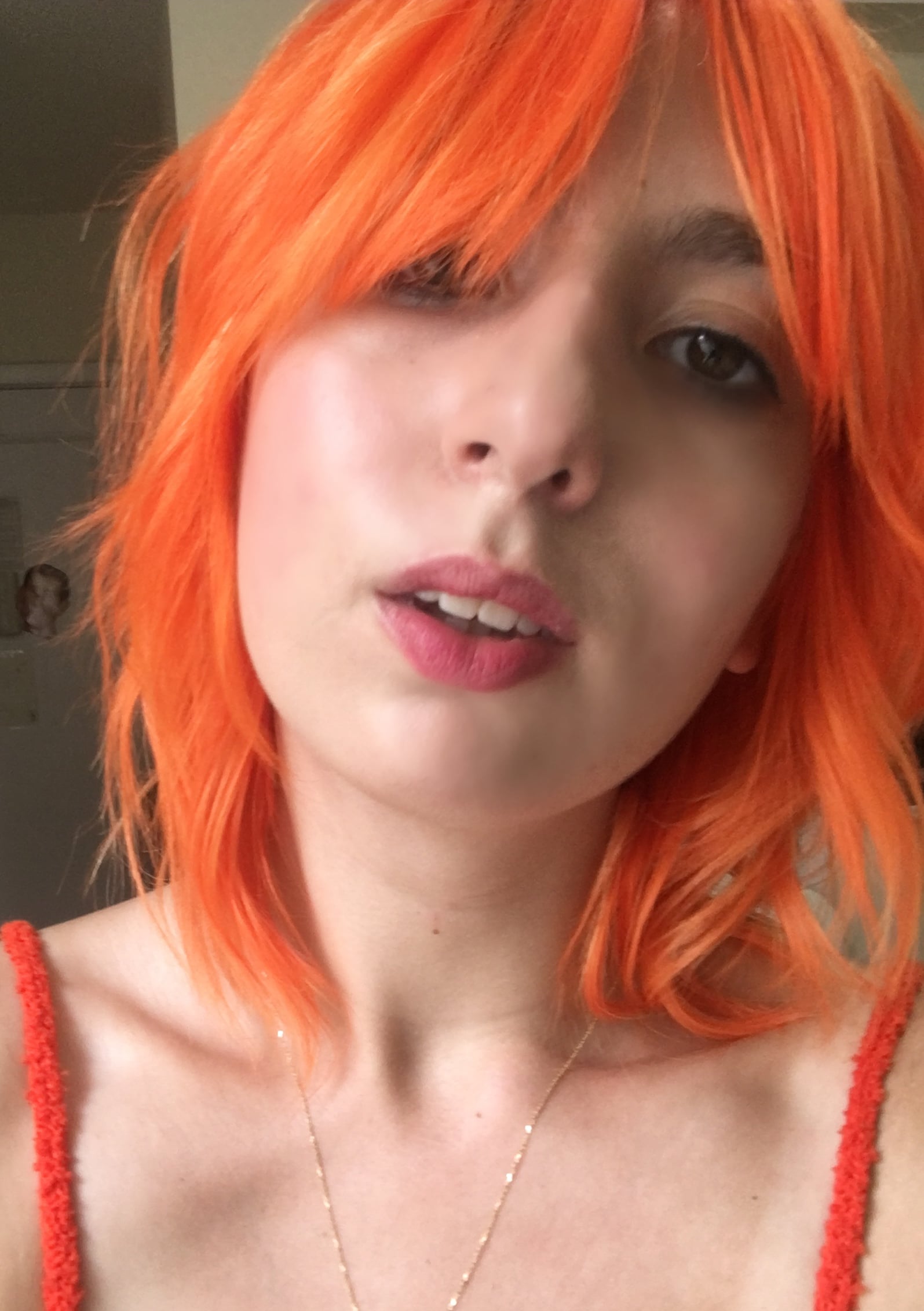 Winter Beauty
Your Winter Hair Colour Horoscope Is Here: Find Your Perfect Match Based on Your Sign
by Jessica Harrington 6 days ago

Hair
First Megan Thee Stallion and Now Saweetie? Red Hair Is Definitely Having a Moment This Autumn
by Victoria Messina 6 days ago

Hair
Fact: Only Zendaya Could Look This Strikingly Stunning With a Bowl Cut
by Perri Konecky 1 week ago