My first recalled memory is of lipstick and feeling determined to wear it. The year was 1988, and I was still crawling. My mother never left the house without applying lipstick and lip liner. And I had an urge to get into my mum's handbag to find her cold, silver tube of red Clinique lipstick. I couldn't resist the thought of smearing it on my lips, just like my mum.

So I crawled across a blue shag carpet toward the bag, which lay unattended across the room. The weight of my hands sunk into the soft, fluffy material. I felt a little annoyed and a bit anxious that it slowed me down. Just as my hand reached the zipper of her purse, my mum scurried over and scooped me up. "No, no, Anna Monette. Not for you!" Not having it made it more irresistible.

A few months later, I eventually did get hold of the lipstick, and my mum, equal parts amused and horrified, captured photos of her baby covered head to toe in her bright red lipstick.

Recalling this story makes me realise: wow, my mum and her beauty routines influenced me at quite a young age. I can't believe my very first memory is of a desire to paint on big, captivating red lips. And yet, I can!

Here's the thing: I was born with thinner lips. And even from an early age — from just seeing my mother constantly apply and reapply lip liner and lipstick — I received cues that a fuller pout equals more attractive.

Flash forward to 2016, and big lips have become a MAJOR beauty trend. These cues are everywhere. Take a look at lips from the last 30 years or so, and you'll see in the '80s and '90s, women relied on lip liner to give them fuller lips. In the early oughts, capsaicin lip glosses became a craze, allowing women to temporarily plump up their puckers without plastic surgery. Currently, #BigLips has over half a million images on Instagram (vs. 4K for #ThinLips).

Kylie Jenner, who was also born with naturally delicate lips, influenced a viral sensation after she used lip fillers to dramatically enhance her pout. Her beauty change sparked a movement among teens and other thin-lipped people to use lip-pumping cups and other suction-cup devices to swell their mouths. Search "Kylie Jenner lips" on Google, and you'll get over 12 million results (that's a huge number). She is even making a profit selling viral lip glosses and liners inspired by her daily makeup look.

In MHO, Kylie Jenner looked great with the adorable lips she was born with. She was beautiful before she got lip-enhancing procedures. And it saddens me to think that she felt the need to so drastically change her looks, especially at such the young age of 17! Young women look up to her as a role model, and thousands of people on Instagram jumped on that dangerous #KylieJennerLips challenge.

I know the media, models, makeup companies, and magazines tell women that big, full lips are sexy and that thin lips are a problem to be solved with fillers, injections, pump-up lip glosses, lip liners, and crazy suction-cup lip plumpers, but I am not buying into it.

I don't want to change a thing about my thin lips! In all honesty, I don't see them as a big deal. They are thin and taut, sort of like my dancer body. If I were to compare them to a celebrity's, I would say they look like Gwyneth Paltrow's sly purse. I've always been told by guys that I have a nice smile, but I would attribute that to my teeth (recently Invisaligned), as my ballet-slipper lips aren't particularly attention-grabbing.

In my Texan middle school, I did have a bout of insecurity with my lips. It started from an article I read in a women's magazine — some "study" claiming the majority of men are attracted to voluminous lips over dainty ones. Eek! Instantly, it made me feel small.

But perhaps the greatest source of fear stemmed from my best friend at the time, who had superfull Angelina Jolie-status lips. She'd slink down the hall, all sleepy and puckered up, like a model who had been out at the beach all day. I envied her effortless ability to look attractive. I remember she told me that she was "sexy" and I was "sweet," and it affected me more than I'd like to own up to.

For the next few years, I did what I could to lessen the sweet and amp up the sexy. I wore belly-revealing shirts and hip-hugging jeans. I also consciously pouted my lips when in public and laid the lip-plumping glosses on thick.

But I sort of let that all go once I moved to California for college and had my first relationship. On the West Coast, I found myself walking place to place instead of driving, and the wind would flip my long hair into my glossed Lip Fusion XL lips, which acted like velcro. Ugh, the residual stickiness from the gloss in my hair made me less apt to gloss up before leaving the house or even carry anything other than lip balm with me.

As for the dating aspect of the story, my first kiss with my first boyfriend was in the back of the bus. We were both a little tipsy. The date had gone well, and my inhibitions had loosened up. Pressed up against the back corner of the bus, I had the hilarious realisation that I was in fact a pretty damn good kisser, no full lips needed.

As time went on, I became annoyed with having to wipe off lip glosses and lipstick before kissing my significant other. It became habit just to avoid wearing it. But most importantly, I discovered (big surprise to me!) that having thin lips doesn't mean you are doomed to be a bad kisser.

That was a big "aha moment" for me. In fact, not a single person I have dated has ever pointed out my thin lips. They're a nonissue when it comes to my ability to be attractive, and I tossed out all my lipsticks and tubes of gloss for good. I simply didn't need them to think they would make me more attractive or "kissable" to men, which is, I think, the whole reason I wore them in the first place.

This is not to say I have anything against big lips. I do think naturally thick lips are sexy and beautiful, and I admire them, but I don't need to change myself or my body to emulate them. I was dealt this set of cards, and I'm really embracing it. And in all honesty, I think feeling confident about my natural self comes across as more beautiful and sexy than any full lip ever could.

Perhaps Kylie has found happiness and confidence with her larger-than-life lips, and maybe her example has enabled some of her fans to feel that way, too. For me, I don't want to "fix" what I don't see as a problem just to appease society's standards of beauty. Beyoncé says it best when she sings, "Tryin' to fix something, but you can't fix what you can't see, it's the soul that needs the surgery." I'd rather focus my energy and spend my money on beneficial skin care and makeup that enhances my natural features (instead of trying to "correct" them). I'd also prefer to follow celebrities who live by those same standards.

I have thin lips and I'm sexy. It's a message I send to myself and also to others who struggle with body positivity. And you know what, I'm particularly hopeful that our generation is paving the way toward a whole new era of beauty. One where the main purpose of makeup and cosmetics isn't about giving you bigger this and thinner that, but rather they are used artistically as a playful way to express and highlight one's totally unique beauty.

Shay Mitchell celebrating her Filipino features, this beautifully birthmarked woman, and these celebrities promoting bare-faced selfies are just a few powerful examples of this already happening. I want to contribute to this growing trend. It's the bandwagon I'm ready to jump on. 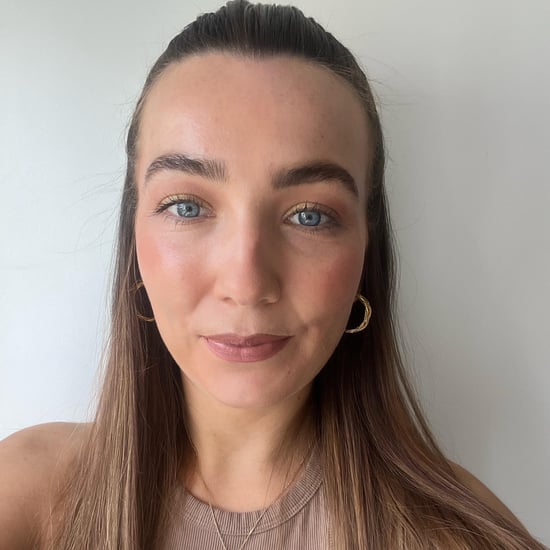