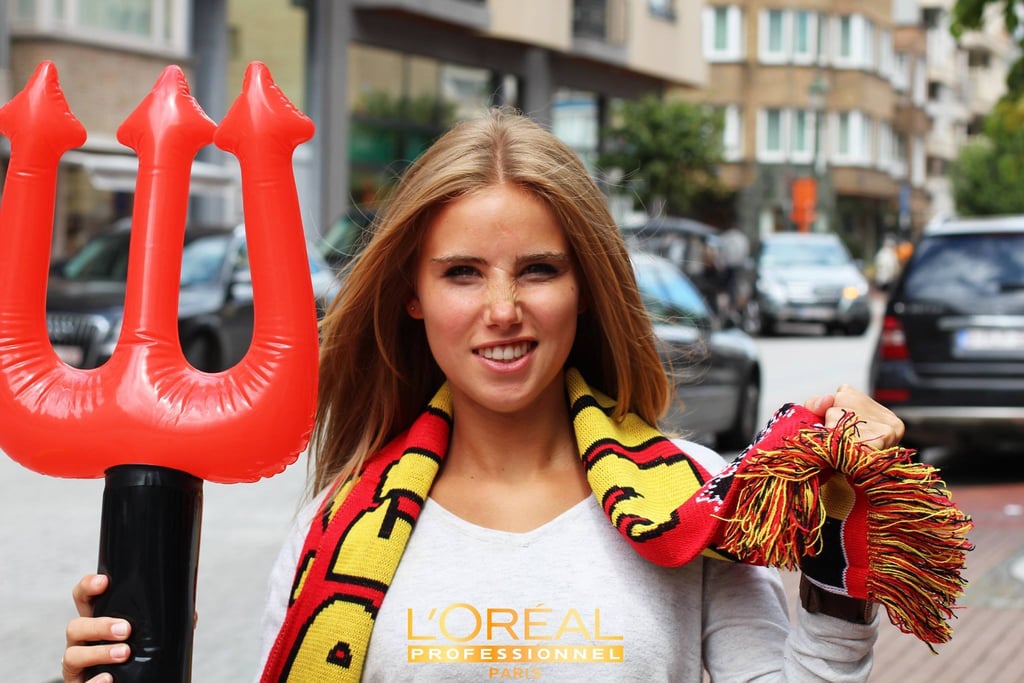 Belgian football fan Axelle Despiegelaere made headlines around the world due to her big, lucky break recently, but it seems that her 15 minutes of fame are up. The 17-year-old beauty was offered a modelling contract with L'Oréal after a photograph of her cheering at the World Cup went viral. But that isn't Axelle's only image being shared — her Facebook photo posing with a dead antelope that she seemingly hunted in Africa spread around the Internet like wildfire. Shortly afterward, it was announced that L'Oréal chose not to complete her modelling contract. Axelle has since deleted her Facebook fan page. All around, this has been a pretty rough week for Belgian World Cup fans . . .