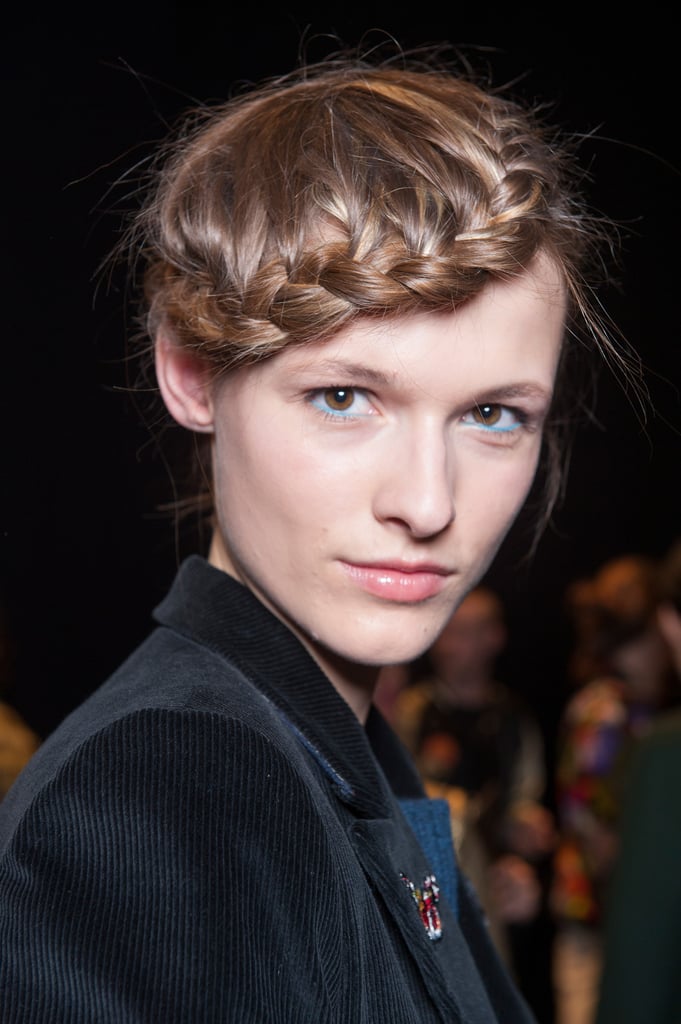 The plaits from the Creatures of the Wind Autumn 2014 runway was Pinterest gold. We can already see all the YouTube tutorials for re-creating the look, but what we're really waiting for is to see Katniss wearing it in the third Hunger Games film. We've attempted a side french plait before, but this version has a fringe-like effect. Get the product recommendations and a step-by-step tutorial from Odile Gilbert, who created the look, when you scroll down.

Celebrity Style
Madison Bailey Trades in Her Casual, Surfer-Girl Style For This Electrifying Versace Skirt
by Sarah Wasilak 4 weeks ago