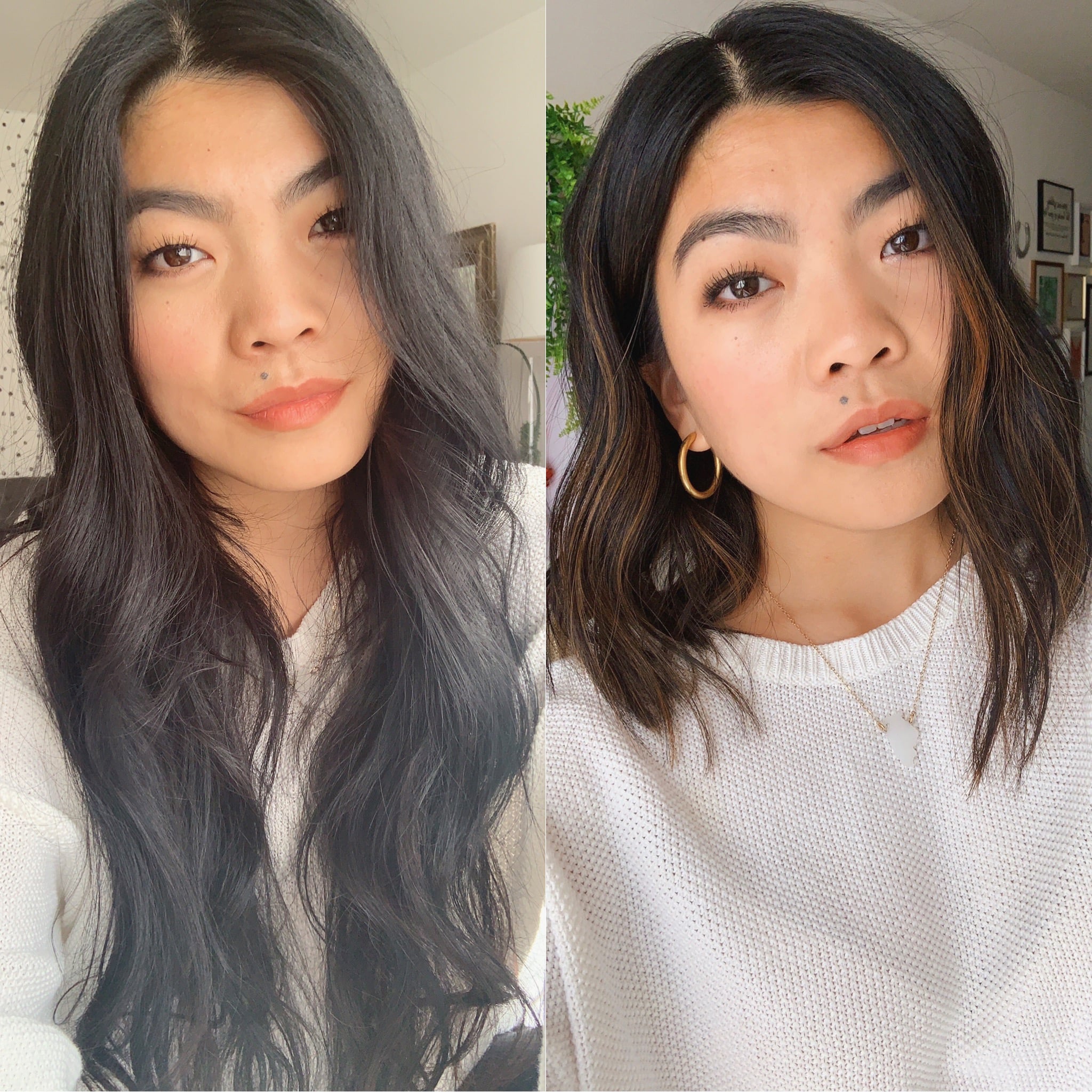 "I am my hair," Lady Gaga belted on the sixth track of her 2011 Born This Way album. Aptly titled "Hair," the lyrics champion owning your identity — profoundly, unapologetically — by way of how you choose to wear yours.

It's a song I've always felt connected to and a sentiment I understood well. To myself and others, my hair was a huge piece of my identity. Thick, naturally straight, and rarely less than two feet long, it cascaded over my shoulders and down my back, often in loose, bouncy curls. Those relaxed ringlets eventually became my "signature" look — a hairstyle people recognised me for, and one I proudly associated with myself, too.

That's not to say I didn't do a considerable amount of experimenting. My hair has been highlighted 50 shades of red-brown; it endured a rainbow of balayage colours, from soft pink to smoky lilac and steel blue to dimensional grey; I've tried a deeper, more cool-toned version of my natural shade. But one thing it never was? Short. 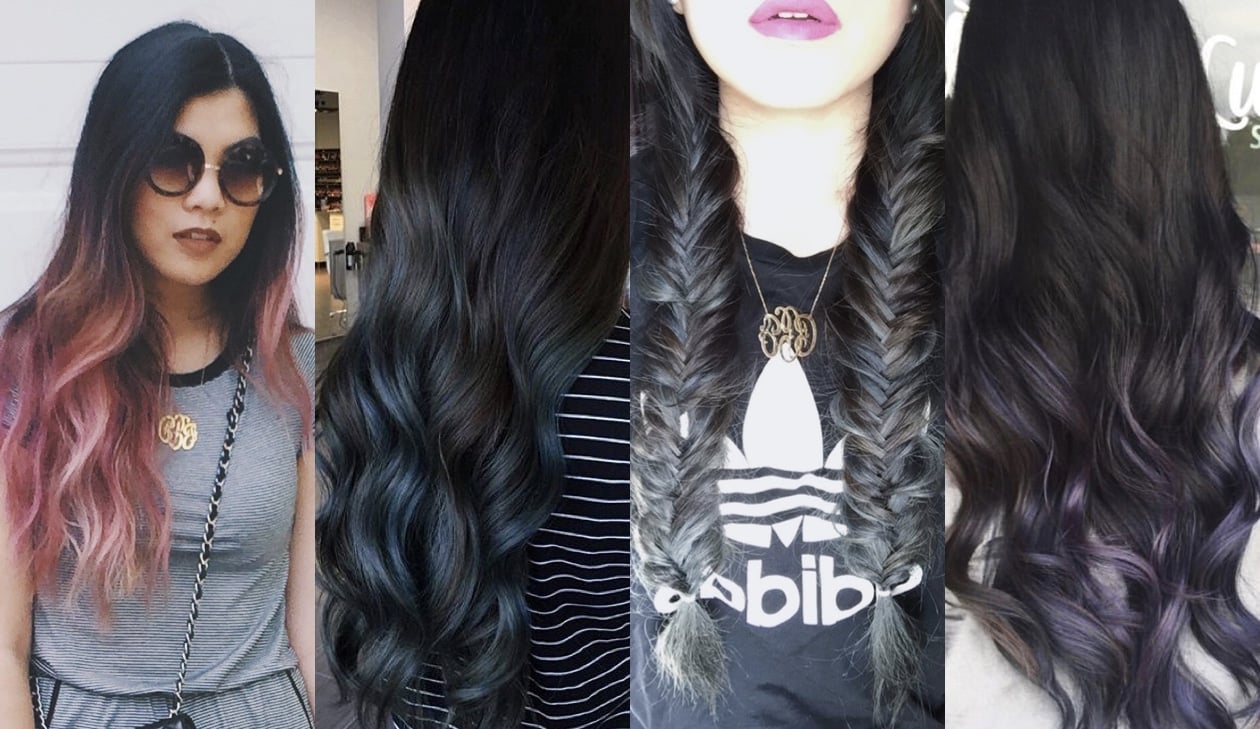 Like many kids, I was unlucky enough to get lice in kindergarten. This was before the days of lice-treating salons like Hair Fairies, so my mom was tasked with handling those suckers herself, combing through my hair with hot water (among other remedies) nightly. To make the job easier, she elected to chop my then-mid-chest-length hair into a blunt bob cut that fell just below my ears. Furious and feeling completely powerless — it was mine! how could she?! — I retaliated with a vow to keep my hair long forever.

I've always been headstrong, so you better believe I kept my word. Though I was willing to go bold on the colour front, altering the length was off limits — partially to preserve my pride, but mostly because I just didn't know who I was without my long hair. Changing it came with a laundry list of intimidating unknowns: Did I have the right face shape for short hair? Would I be able to wear it in a ponytail? What if I hated it the next day? Keeping it long felt familiar and certain. I could still be confident. I could still feel like me. 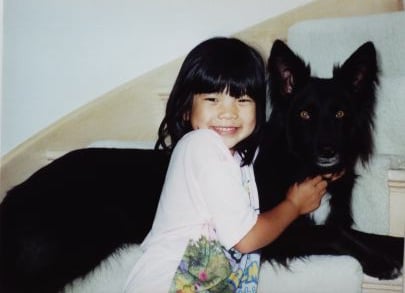 Circa 2000, shortly after my kindergarten cut.

Then a few months ago, something switched. I was annoyed with the length, bored of the colour, and feared my "look" was becoming stale. For the first time, I felt compelled to chop it all off and embark on a dramatic change — hair colour included. I only told a handful of people before I marched into Eddie Arthur Salon in NYC and put my trust (and all two and a half feet of my hair) in the hands of hairstylist, Rita Zito, and master colourist, Stephanie Brown.

My body was flooded with nerves in the days and hours leading up to the appointment, but they disappeared when I got to the salon. There was no turning back: after I sat down in the chair with a few inspo photos — all of women with similar features and long, layered bobs — we immediately dry-chopped off 15 inches (!) to donate. For the first time since 2000, I saw myself with shoulder-length hair. And surprisingly . . . I loved it. Everything that held me back from cutting it suddenly seemed so irrelevant — and that wasn't even the final product.

As I swiftly moved to Brown's chair for colour — subtle caramel-gold highlights on the ends, inspired by the ever-stunning Olivia Munn — and back to Zito's to fine-tune the cut, we chatted about the relationship between hair and identity. Brown thinks switching things up is a good thing: "People are scared of change [but] with change, good things always happen. It's scary at first, but you realise it's the best thing that's ever happened to you." Zito adds that a haircut can be the catalyst for exploring your identity even more. "People always think there's that one specific look about themselves, but there's not," she said. "It's nice to get out of your comfort zone. You're gonna see; you'll start changing things up all the time now." 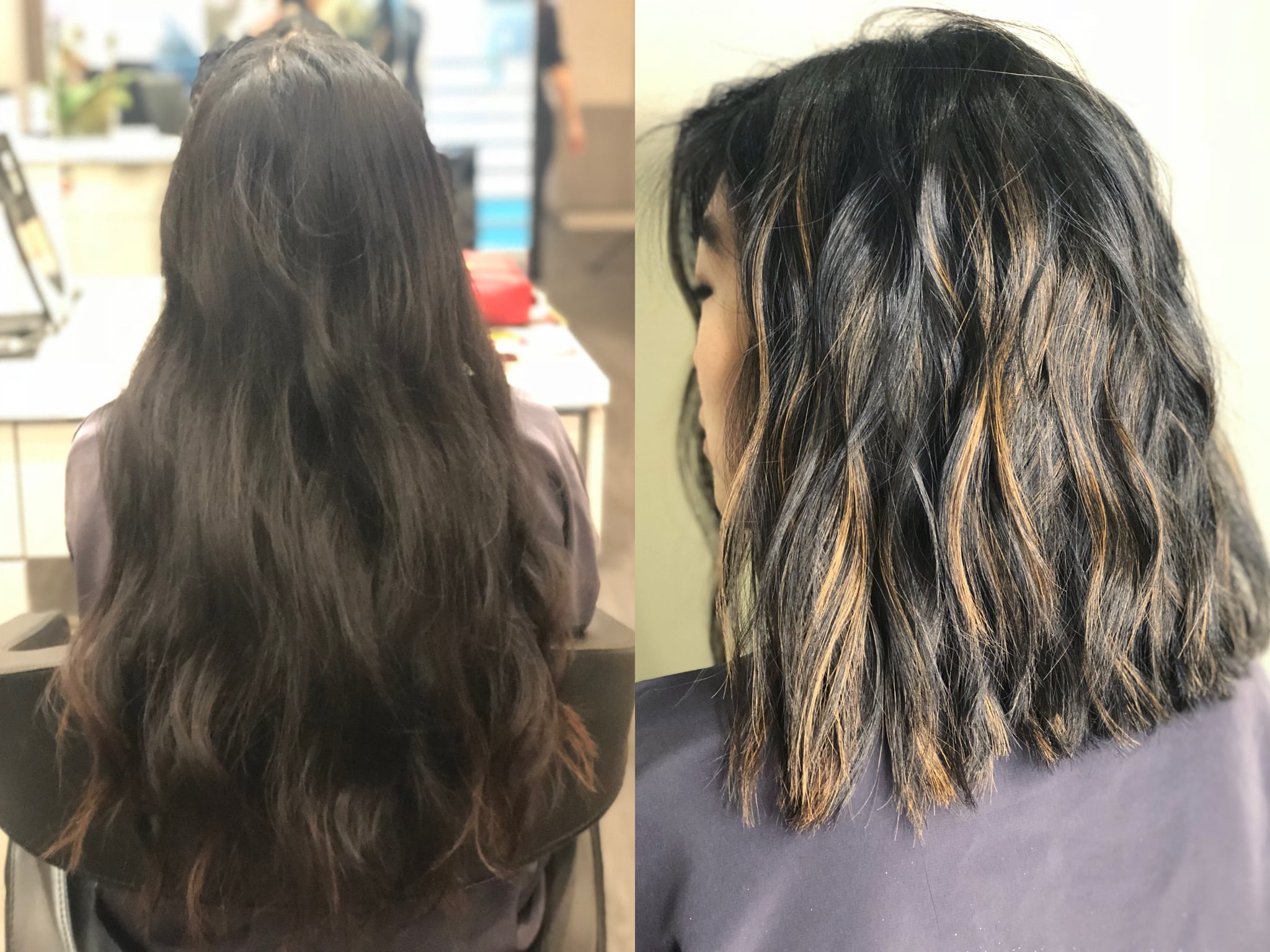 Before and after on the day of the big chop.

I was always sort of ashamed of how much value and weight was tangled up in my long hair. My natural confidence has always been one of my favourite things about myself, so why did I let my hair become a vessel for that?

My natural confidence has always been one of my favourite things about myself, so why did I let my hair become a vessel for that?

Then I realised this: I'm comfortable with being uncomfortable. In fact, I thrive in those situations. I moved to New York City without a job. I've lived at nine addresses in the last five years. I have an intense, deep-rooted fear of stagnance that leads me to experiences that challenge and scare me. Cutting my hair fit the bill pretty well. And, truthfully, making a drastic change like that is just part of who I am — how I define my identity — too. I was just waiting for the right time.

At the beginning of September, I celebrated my second year in New York. Typically I'd mark that type of occasion or milestone with a tattoo (like I have eight times before), but this wasn't the same. Those tattoos represent drastic life changes, loss, and ways to feel like I was in charge while everything else was spiraling. But for the first time since 2013, things feel stable and, dare I say it, somewhat permanent — an ironic word to use when you live in New York City. Cutting my hair was a way for me reclaim ownership of my identity, the future, everything — and maybe, in a way, shed some baggage I no longer needed to carry. Without it, I actually feel more myself than ever.

I used to blast "Hair" at full volume, singing Gaga's lyrics like I knew exactly what they meant. Now I realise I was interpreting them all wrong. Being one with your hair isn't about staying the same. It's about fluidity and growth. That sounds about right: I am my hair — constantly evolving, changing, and learning as I go.