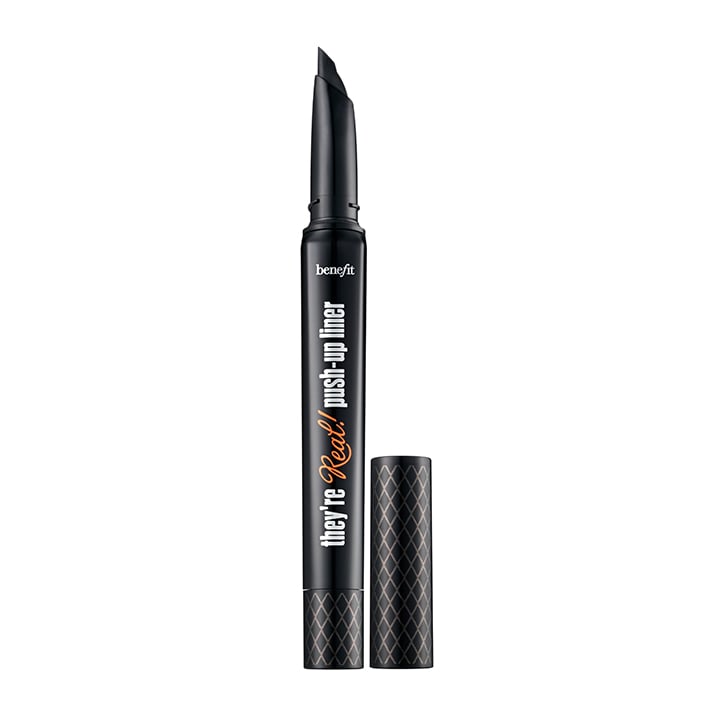 Introducing the Holy Grail of Gel Eyeliners — No Brush Needed!

Life is hard. So, understandably, your eyeliner shouldn't be. Whether you're looking to master a straight line along your top lashes or sport a cat eye, this makeup step can feel challenging. Over five million Youtube tutorials are dedicated to mastering this look — meaning it's a huge conundrum in the beauty world. Women will always be curious about the best way to line their eyes!

Gel liner is the gold standard when it comes to lining your eyes, because it doesn't smudge (usually) and creates clean lines. But given you often need a brush for application, it can go from a simple flick to a surefire disaster in just a few seconds.

Well, hold on to your lashes, ladies, because this new liner is going to change lives. As I type this, three of my co-workers are waiting patiently in line to get a little liner action.

Benefit Cosmetics wanted to tackle the "biggest beauty bitch" of all time, according to Annie Ford Danielson. She and her sister, Maggie — the sisters, daughters, and nieces behind Benefit's cheeky brand — spent five years creating a liner that would be easy to use, whether you're 16 or 67.

Thus, Benefit's They're Real Push-Up Liner Pen was born. Yes, it's a part of the They're Real line, which is practically like being born into the royal family of makeup. At the launch party in Los Angeles, I can't tell you how many times I heard "this is a game changer!"

Bonus: the gel liner in the pen is waterproof, so it's not going to smudge at a music festival or pool party. The Benefit pros created a remover, too, which rivals a cleansing balm. It's superhydrating and not oily at all.

Makeup
14 Waterproof Mascaras That Won't Move an Inch, No Matter What Life Throws at You
by Jessica Harrington 1 day ago