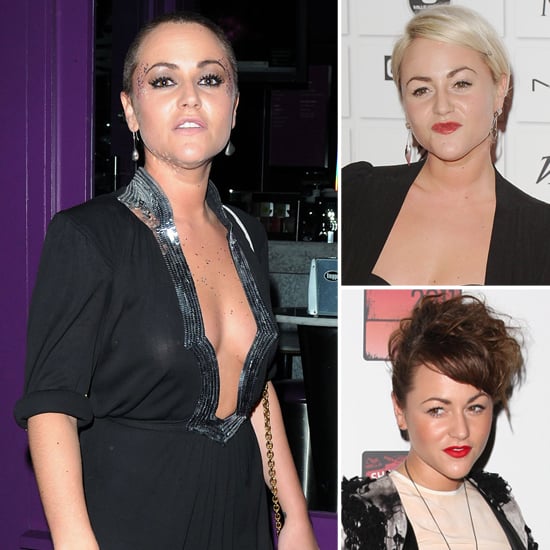 Last night in London, Jaime Winstone partied at the Cuckoo Club wearing glittery makeup and a drastically different hairdo: a buzz cut! The British actress is no stranger to trying new styles, but this shaved look is quite a departure from her previous choices. She'd been sporting slicked down blonde locks over the previous months, having been brunette this time last year. Out of these three changing hairstyles on Jaime, which one do you like best?

Hair
The Buzziest Haircut Trends For Autumn, According to the Experts
by Tori Crowther 1 day ago

Hair
Here's How Long Your Box Braids Can Last, According to Their Size
by Danielle Jackson 3 days ago