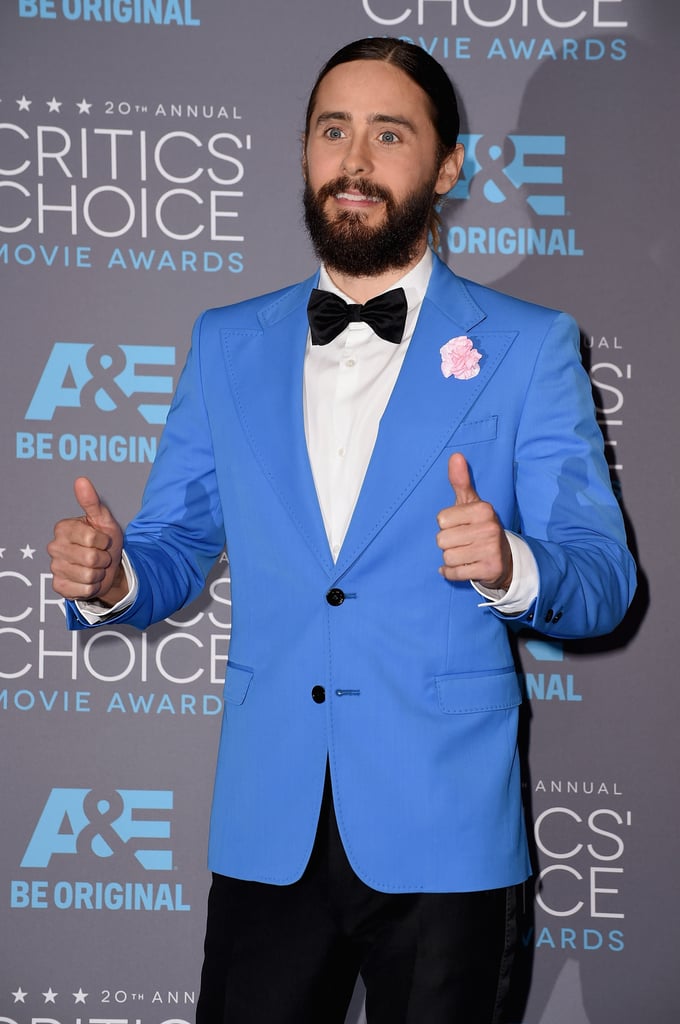 Just when we were done obsessing about Jared Leto's casually cool (and viral!) man braid at Sunday's Golden Globes, he went and wore a chignon to the Critics' Choice Awards. The actor's ombré, beachy waves were pulled back, with a sleek side part in the front. From the back, we were greeted with a messy low knot, complete with a loose strand (kind of like a tail). According to Jared's hairstylist Chase Kusero, the imperfections of the men's updo are what make it cool and decidedly masculine. This is not the first time Jared has worn a bun on the red carpet — check out more of his hairstyles here.

Skin Care
Why Is Black Men's Skin Still Being Ignored by the Beauty Industry?
by Nateisha Scott 4 days ago