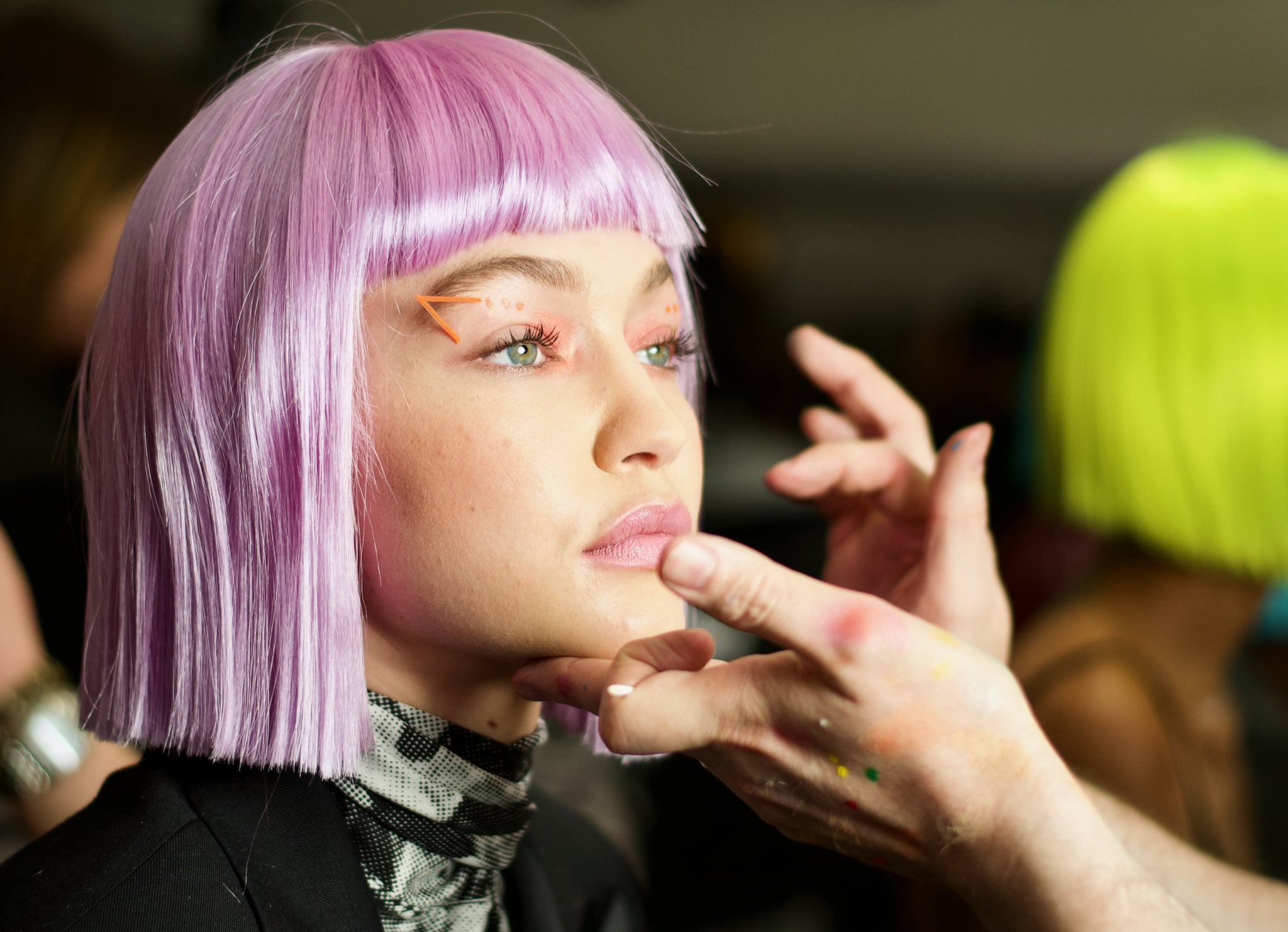 There are so many lovely, ultrafeminine looks at NYFW, many of which are certainly swoon-worthy. But when Jeremy Scott — who you know is gonna crank up the cool factor to 11 — comes splashing along with '80s-inspired, neon-raver-dream hair and makeup, the beauty community gets real excited. Add some of the world's most famous supermodels to the equation and, well, things become doubly interesting. 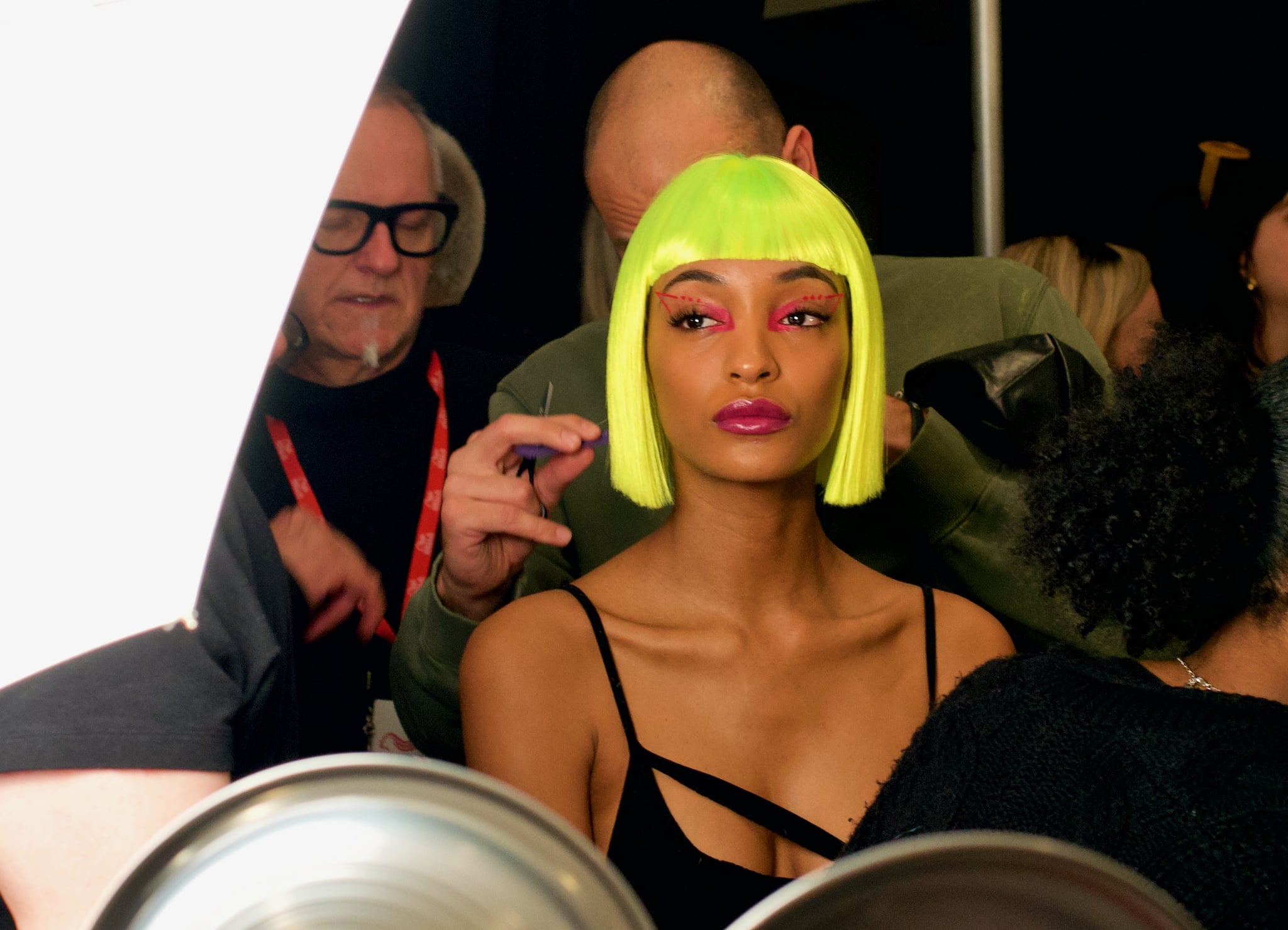 The eyes were created by hand-cutting plastic "wings" and outlining them in MAC Acrylic Paint (£16), then adhering them to the skin. The design continued onto the actual eye via a pixelated, geometric line, and the inner half of the eye got a burst of colour from Jeremy's eye shadow collection in either orange, turquoise, pink, yellow, or green. (By the way, if you haven't checked out the collection, it officially launched in early February and will definitely bring you back to the boombox era.) 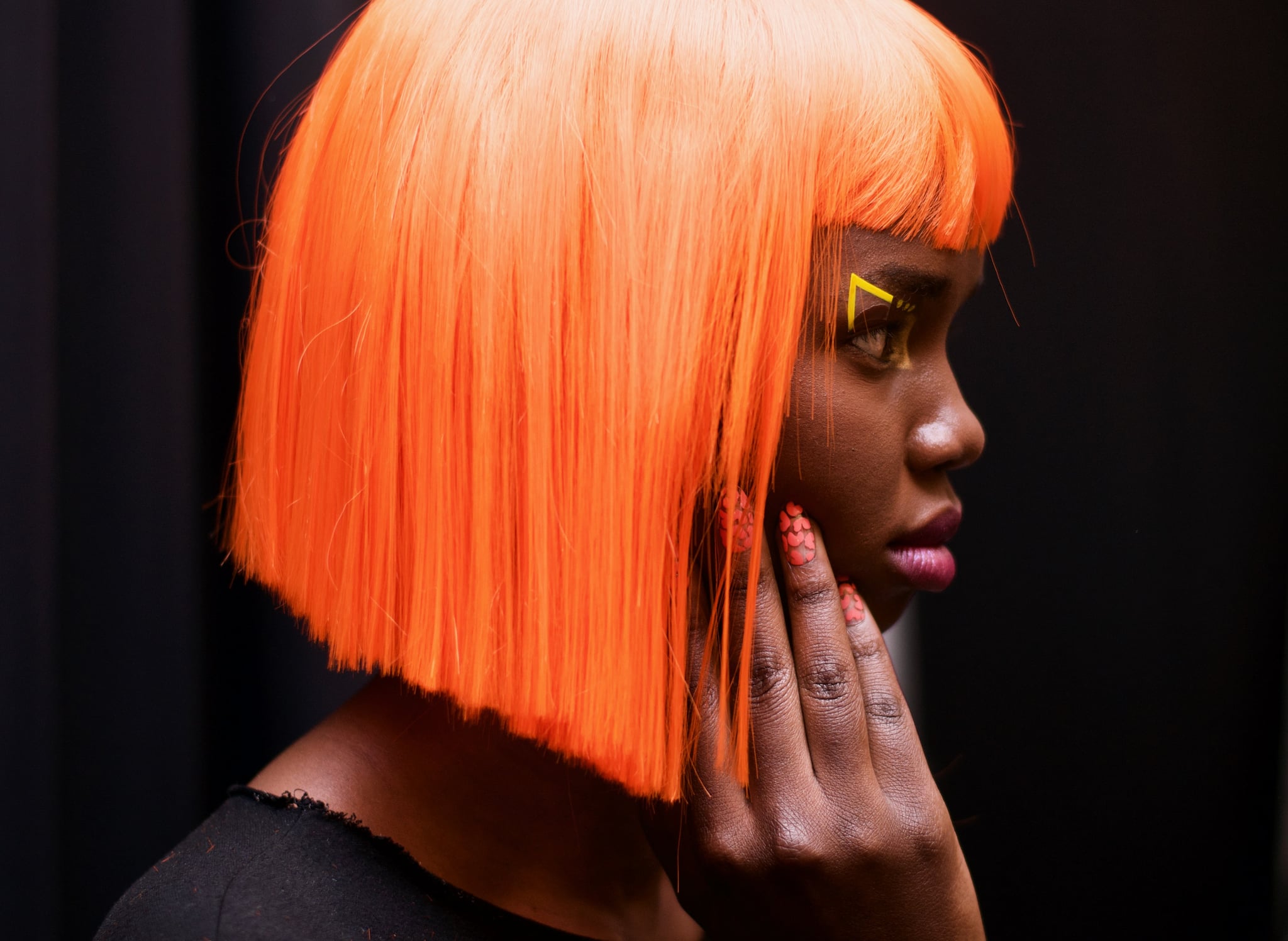 "The look is a techno animal print. I can, like, feel the music when I look at it," said celebrity nail artist Miss Pop backstage. "It's got swirls and curves and splotches, and it's super easy to do at home. I don't use any tools for this."

The colours used were Tart Deco, Bachelorette Bash, and Playdate. To create the look, she loaded up the brush with polish and then swooped it in tiny motions and filled it out with some splotches.

"His collection is very raver, playful, bright, saturated, neon. You know — wild. It's Jeremy Scott," she continued. "So we wanted to bring that feel of the excitement of the music to the nails."

BRB — gonna go scour the internet for an authentic boombox and paint our nails while jamming out.

Piercings
What to Know About the Trendy, Front-and-Centre Conch Piercing Before Getting One
by Jessica Harrington 5 days ago

TikTok
TikTok's Inverted Filter Is Going Viral, but Is It Damageing Your Mental Health?
by Jessica Harrington 5 days ago