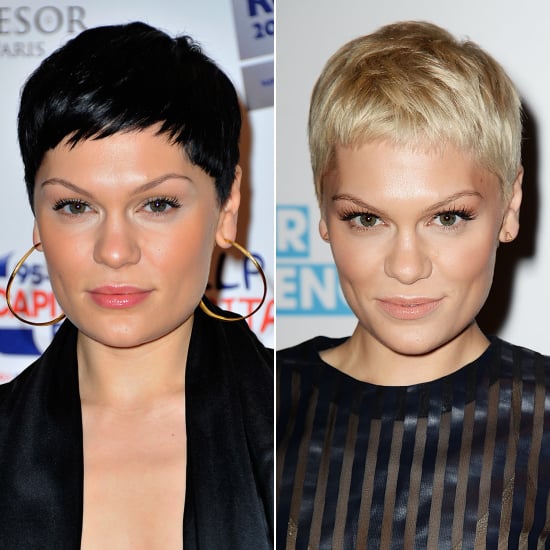 Just over a year since she shaved it all off, Jessie J has taken her newly grown-in short cut back to black. The singer is mousy brown naturally (if those childhood snaps are anything to go by) but we knew her best with the angular black bob with heavy fringe that debuted with the release of Do It Like a Dude. But after going bald for charity, Jessie chose to bleach the hair that grew back a shocking platinum blonde. It worked surprisingly well, but we're not surprised she's now chosen to go back to her (adopted) roots with a new glossy black crop. Question is, which look do you like best?

Hair
If You Like the Regular Money Pieces Hair Trend, You're Going to Adore This Rainbow Version
by Tori Crowther 2 days ago

Hair
What Is Anya Taylor-Joy's Natural Hair Colour? Hint: It's Not Red Like Beth Harmon's
by Jessica Harrington 4 days ago