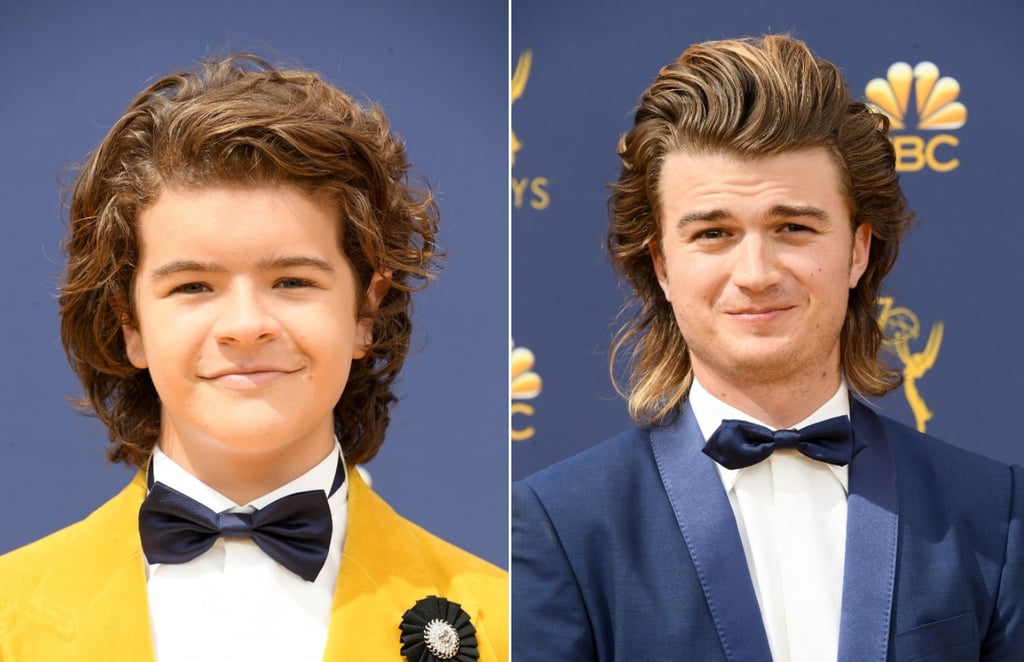 Is It Just Us, or Is Gaten Matarazzo Morphing Into His Stranger Things Costar, Joe Keery?

If you caught a glimpse of both Gaten Matarazzo and Joe Keery from Stranger Things on Monday's Emmys red carpet, you might have thought you were seeing the same person. Sixteen-year-old Matarazzo is clearly taking styling tips from his older costar Keery if his hair and bow tie are anything to go by. Matarazzo's hair has turned into a shaggy masterpiece, much like Keery's, and despite the 10-year-age difference between the two, they seem to be playing off each other.

Their show is up for outstanding drama series in this year's Emmys, but we think this pair should also be nominated for outstanding TV lookalikes. Don't believe us? Keep scrolling to see just what we mean.

Related:
We're Flipping Out Over How Cute the Stranger Things Cast Looks at the Emmys
Previous Next Start Slideshow
Award SeasonJoe KeeryGaten MatarazzoEmmy AwardsRed Carpet
Around The Web