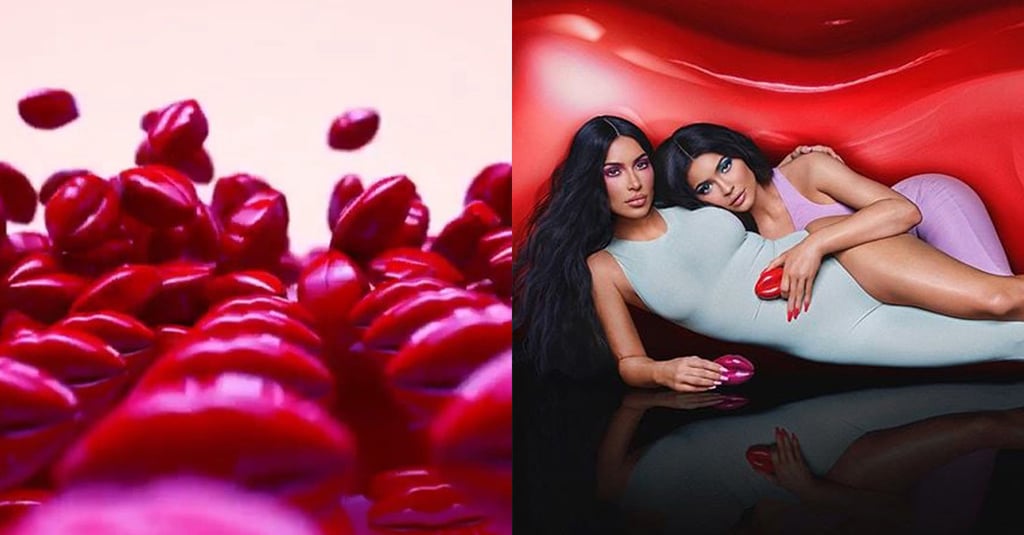 It's been a while since we've seen a new perfume bottle make its way onto KKW Fragrance's Instagram feed. If you were one of the eagle-eyed fans that noticed the page's shift from nude tones to pink and speculated something new was in the works — you were correct.

Both Kim Kardashian and her namesake fragrance brand announced via Instagram that a collaboration between KKW Fragrance and Kylie Jenner is officially happening. Three new scents housed in lip-shaped bottles will launch on KKW Fragrance's website at noon on April 26. Kardashian described the new scents further in the caption of her post. "Three colorful bottles in nude, pink and red," she said. "These lip-shaped fragrances offer notes of red lotus blossoms, liquid amber and peony. $40."

See the previews of the new scents ahead.