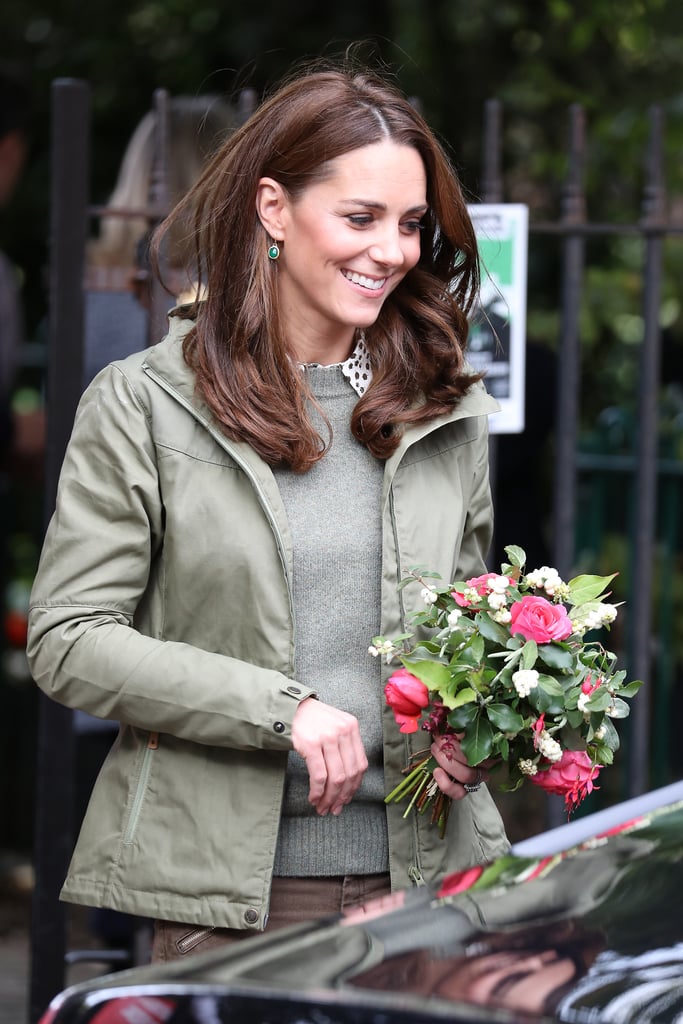 Kate Middleton is back from maternity leave with a fresh haircut. On Oct. 2, the Duchess of Cambridge made her first official appearance following the birth of Prince Louis just over five months ago. While visiting the Sayers Croft Forest School and Wildlife Garden in London, Middleton debuted a slightly shorter haircut with lots of layers.

One of the last times Middleton was spotted out was at Wimbledon in July. At the time, her hair was longer and fuller at the bottom, contrasting her new lightened-up look, which is fitting for a busy mom of three little ones. Middleton has become quite known for her voluminous mane, and the world was stunned when she was appeared with impeccable hair mere hours after giving birth. The life of a royal, eh?

Related:
The Duchess of Cambridge's Best Hairstyles Over the Years
Previous Next Start Slideshow
The RoyalsCelebrity BeautyThe British RoyalsHaircutsCelebrity HairKate Middleton
Around The Web

Hair
14 Celebrities Who'll Inspire You to Keep Your Side Part, TikTok Be Damned
by Danielle Jackson 2 days ago