Yesterday in Paris at the Chanel Chanel 2009 Spring Haute Couture Show, Keira Knightley arrived dressed to impress with fresh cut fringe that fell just past her brows (what a great way to hide eyebrows in between appointments)! Kiera isn't new to the fringe fashion, in fact, a few weeks ago she wore them squared off with a wave at the Independent Film Awards. Also, back in September at the Toronto International Film Festival, her fringe was straight and side-swept at a press conference for The Duchess. Out of these three styles, which do you think looks the coolest on Kiera? 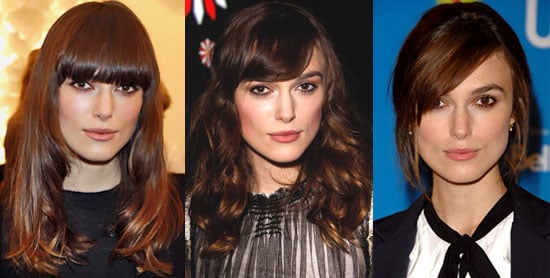