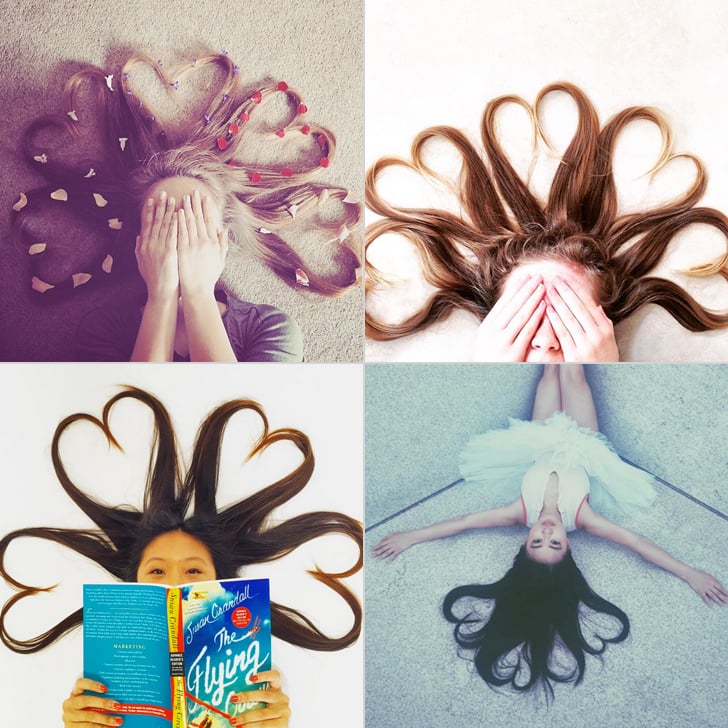 Kendall Jenner's #HeartHair Selfie May Inspire Your Next Instagram

Kendall Jenner's social media following has dramatically surged in the past few months, bringing her up to 32 million followers (only eight million behind Kim!). We're sure her campaigns for Estée Lauder and sexy style moments are major contributors, but it's likely because of her heart hair selfie. With nearly three million double-taps, the image bumped out Kim and Kanye's wedding photo as the most "liked" image on Instagram. In fact, it's so popular that it's inspired Kendall's fans to re-create the image on their own accounts using the hashtag #hearthair. Read on to see some of the best imitations.