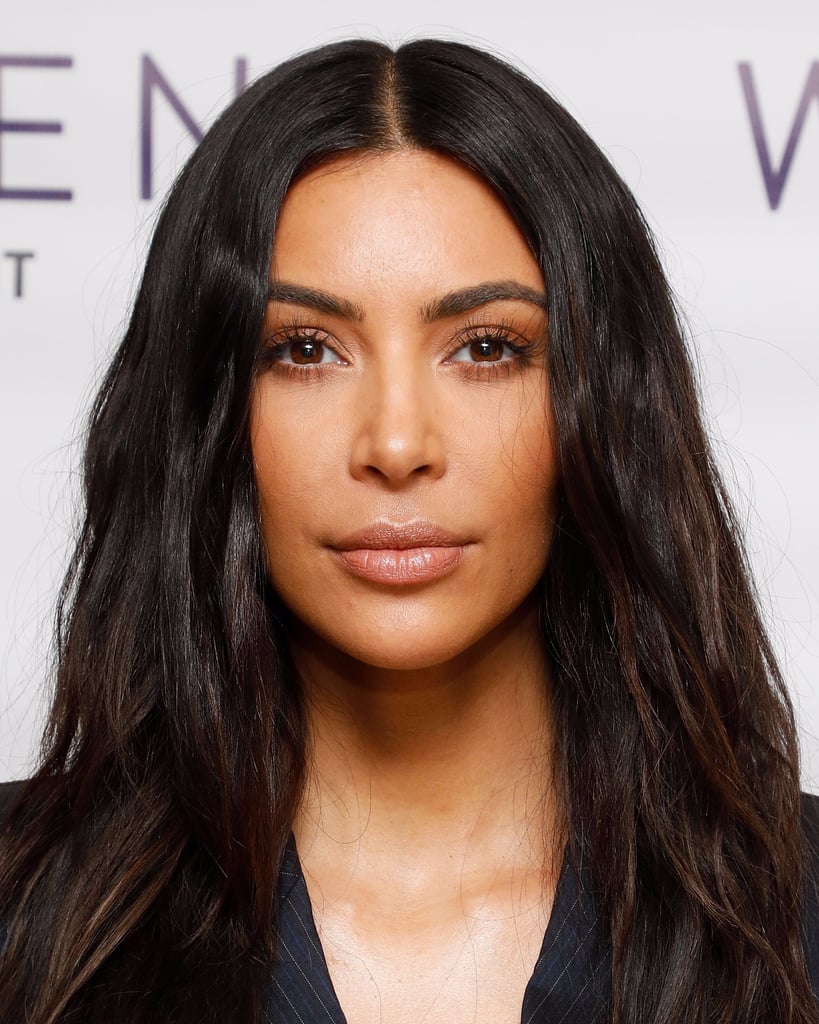 You know those memes of Kris Jenner, world-famous momager, filming her children and saying, "You're doing amazing, sweetie?" That's pretty much the opposite of how a lot of people feel about Kim Kardashian right now. That's because Twitter is calling Kim out for telling people to, essentially, "get over" Jeffree Star's past racist remarks. Yes, what began with Kim's innocent Powder Contour Kit swatches has ended up with her being accused of whitesplaining racism. Follow us on this frustrating journey, won't you?

On Aug. 14, Kim revealed the swatches of her highly anticipated Powder Contour Kit. Jeffree Star, who's no stranger to speaking his mind when it comes to big beauty releases (or anything else), wasn't impressed with Kim's offering, saying it "looks like chalk."

Umm... Kim what is going on with those new swatches?? 🍵 Looks like chalk 😒 pic.twitter.com/yCTZg2UhZu

But while Jeffree is outspoken, Kim is a bit more reserved. In fact, she's dealt with poor product reviews before and handled the situation with the professionalism and grace you'd expect from a multimillionaire businesswoman. So when she began her Snapchat story the morning of Aug. 15, we were initially impressed with the mogul's response.

"I see my fans are totally hating on someone like Jeffree Star for hating on my struggle swatches," she laughed. "But because of his remarks, I'm learning from the best . . . how to swatch properly." There, spoken like a true diplomat. But it's what Kim went on to say that many believe turned what could have been a relaxed, teachable moment into an example of white privilege. That's because, for no discernible reason, Kim brought up Jeffree Star's past racist remarks. And since she's "moved past" his "negativity," so should everyone else.

Yup, get ready everyone, because, this week of all weeks, a white woman has decided to tell people how to feel about racism. "I see you being so petty bringing up things in his past where he was negative, but he's also apologised for those things," Kim said on Snapchat. "I get that it's a serious deal if you say racial things, but I do believe that people change."

Kim, who's married to a black man and who's the mother of two (gorgeous) half-black children, went on to defend a man who readily admits that he has said "disgusting, nasty, vile" things about people of colour and women. "When people apologise, I give them the benefit of the doubt, and I accept that people change and move on . . . I welcome honest comments about my products. Because of it, I'm swatching better now. Let's not be so negative; we're all in this together. There's room for all of us. Love you, Jeffree."

While Kim was certainly correct that (thankfully) people can change for the better, people on Twitter have pointed out that it's extremely problematic for a privileged white woman to tell the world to "move on" from bigotry. Plus, at first, Kim wouldn't even call Jeffree's remarks racist (even though that's exactly what they were). Instead, she referred to a white man's decision to use the n-word with the euphemism "negative."

It took until the end of Kim's Snapchat for her to say, "I do not defend people that are racist, and I am very against it," despite the fact that she had just shown the opposite of that.

Even more ludicrous is that Kim thought it was appropriate to turn Jeffree Star's unfortunate history into a promo for her Contour Kit ("I'm swatching better now!").

To her credit, Kim has released an apology for her remarks on Snapchat, during which she said, "I really wanted to apologise to you guys and my fans for defending a situation yesterday that I really didn't know enough about. I just feel a bit naive and I do want to really apologise for me feeling like I had the right to say 'Get over it' in a situation that involves racism. I don't really feel like I have the right to speak on that . . . . I really am sorry and I just want to move forward and be positive."

If there's any "positivity" we can take from this truly frustrating story, it's that makeup fans immediately called out the ridiculousness of Kim's comments. So the next time someone tells you that makeup isn't important, please remember beauty junkies are a pretty woke group. Read on for definitive proof of that (but also, we wholeheartedly understand if this infuriating news makes you want to log off of the internet for the rest of the day).