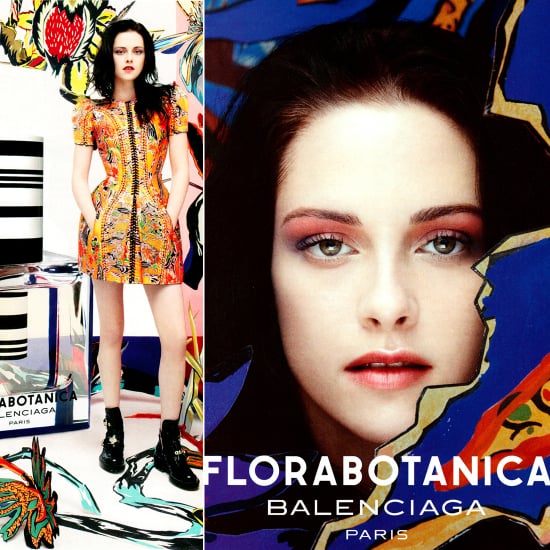 Congratulations to Kristen Stewart who has just been named (for the second time) as the face of the next Balenciaga fragrance. Unfortunately, her buddy Nicolas Ghesquiere won't be at the helm of the brand anymore to pal around with, and she hasn't been spotted in the labels since he left, but hopefully she will form ties with Alexander Wang who has been hired to fill his spot.

Kristen nailed the photos for Florabotanica — the last scent for Balenciaga so it's no wonder with her charm and wide popularity why she has been invited back for another go around. The fragrance is set for an Autumn release, but that's all the info released to date. Hmph, I wonder if she'll be wearing the new elixir to the Met Gala tonight?