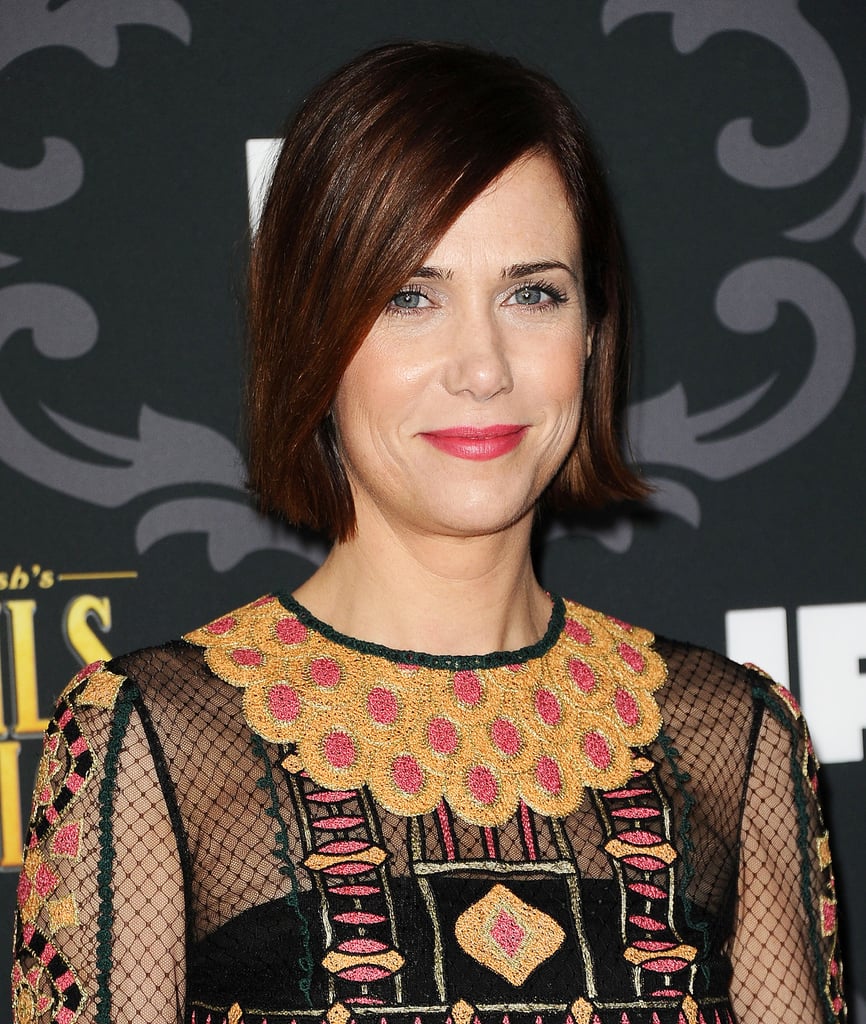 Even Kristen Wiig is susceptible to the year's It cut! The funny girl stepped out to the screening of Spoils of Babylon in LA last night with a new, chin-grazing bob. Her hair has got perpetually shorter over the past couple of weeks. At Kristen's appearance on The Late Show in December, we saw her with a shoulder-length lob, but it looks like she's taken another spin in the stylist's chair recently. We have to say, we're pretty obsessed with this look on Kristen for a few reasons: not only is the cut flattering, but she seamlessly proves that even women with longer face shapes can pull off a short bob with ease. But the question is, what do you think of her new style?