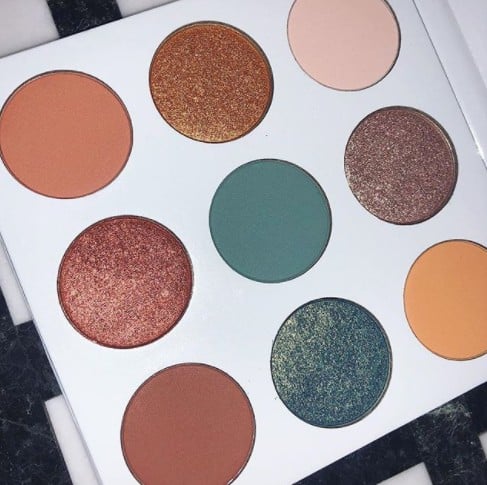 No! Kylie's New Palette Doesn't Have Clues About Her Pregnancy

Kylie Cosmetics is adding yet another product to its ever-growing lineup, and this time it's in the form of a eye shadow palette. The $420 million brand posted a photo of the nine-pan palette called "Blue Honey" and almost immediately people started tweeting the palette contains clues about Kylie Jenner's pregnancy.

Some tweets mention that because the bundle is blue it means that Kylie is having a boy. To that we say "boy, bye," because most news outlets are speculating that she's having a girl.

The madness doesn't even stop there, so read ahead to see some other reactions and what hints people are convinced the palette contains. But here's all we know for sure: Blue Honey will drop at KylieCosmetics.com at 3 p.m. on Jan. 23.

Hair
14 Celebrities Who'll Inspire You to Keep Your Side Part, TikTok Be Damned
by Danielle Jackson 2 days ago