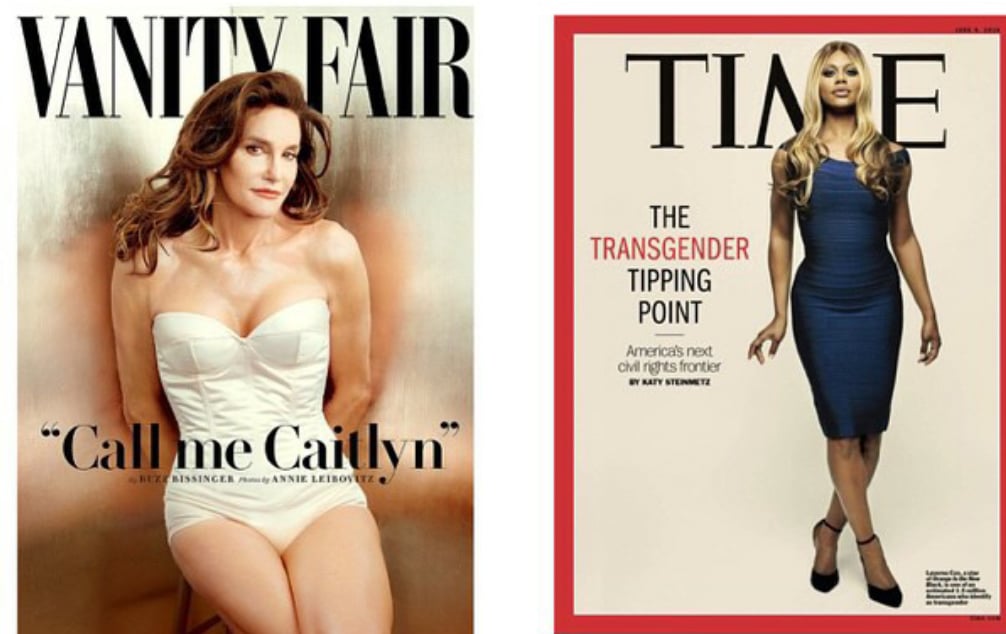 Laverne Cox posted to her official Tumblr page to show her support for fellow transgender woman Caitlyn Jenner. In her essay, she seconds the Internet sentiments that the best word to describe the Vanity Fair cover is "Yasss." Laverne also takes the time to applaud the courage it took for Caitlyn to make such a viral debut.

Yes, Caitlyn looks amazing and is beautiful but what I think is most beautiful about her is her heart and soul, the ways she has allowed the world into her vulnerabilities. The love and devotion she has for her family and that they have for her. Her courage to move past denial into her truth so publicly. These things are beyond beautiful to me.

Laverne also touches on another sensitive subject that transgender women who aren't in the public eye have to face daily. Not everyone can have a professional team of plastic surgeons, hairstylists, and makeup artists. And while both Caitlyn and Laverne are gorgeous women, not all people who undergo a transition fit into that perfect mould of femininity by society's standards.

A year ago when my Time magazine cover came out I saw posts from many trans folks saying that I am "drop dead gorgeous" and that that doesn't represent most trans people. (It was news to be that I am drop dead gorgeous but I'll certainly take it). But what I think they meant is that in certain lighting, at certain angles I am able to embody certain cisnormative beauty standards. Now, there are many trans folks because of genetics and/or lack of material access who will never be able to embody these standards. More importantly many trans folks don't want to embody them and we shouldn't have to to be seen as ourselves and respected as ourselves.

This is why Laverne created the #TransIsBeautiful hashtag. The feed has become a support network so that everyone can see (and admire) the diverse faces of the transgender community and its allies. We are proud to support this inspiring social movement, so we rounded up photos of a few selfies found via the hashtag. All we have to say after browsing the #TransIsBeautiful page is . . . you better werk!