After those pics of Sophie Ellis-Bextor filming the new Rimmel ads, speculations about her replacing Kate Moss were rife. But now Rimmel have officially announced that Sophie and Lily Cole will be joining Kate as the new faces of the iconic British brand. 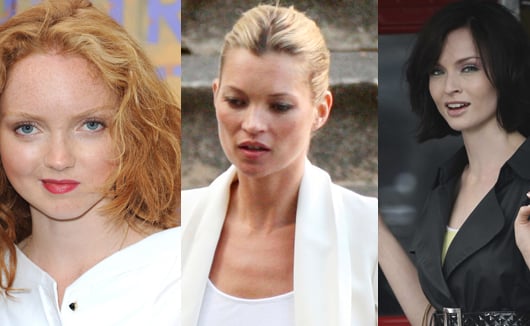 Sophie says "I have always had a passion for make-up ever since I was a little girl and I am very attached to Rimmel as it was my first make up brand." Lily is similarly gushing, adding "Their products are young, glamorous & fun, and have been a British staple of my makeup bag all my life."

The official line is that Sophie and Lily will appear in a number of campaigns during 2008, while Kate will continue to feature in her own Rimmel London advertising.

But which of the girls do you think best fits the brand?