Kristen Stewart's style is going from strength to strength. The hard-working actress has embarked on a huge global promotion tour for the Twilight Saga's latest outing Eclipse, and at every event has been looking sensational! Yesterday, in New York she took it up a notch by ditching her dark brown locks in favour of a sleek auburn colour. She unveiled the new shade when she appeared for the Late Show with David Letterman. I thought she looked great! She's got just the right colouring to carry it off and her loose layered bangs gave the look movement and edge. Are you a fan? 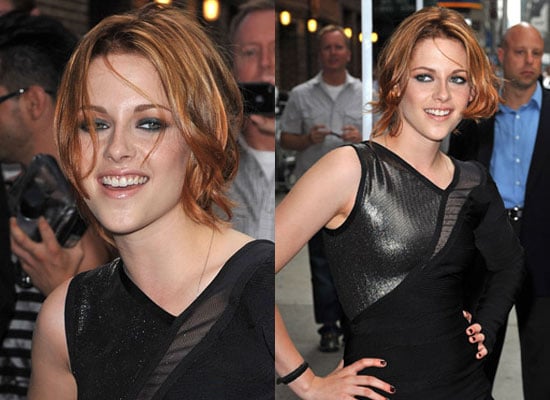