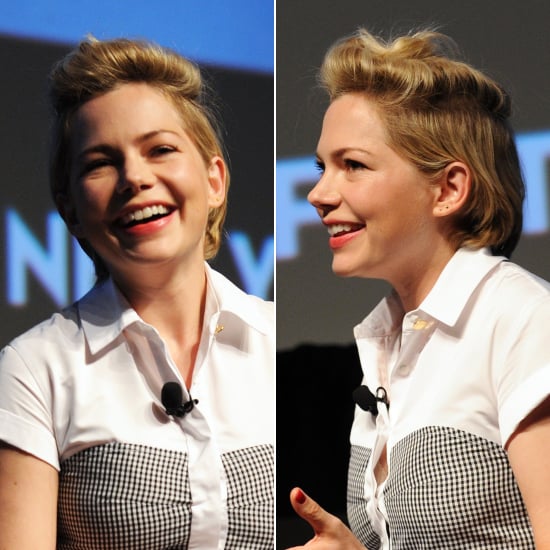 Growing out a pixie cut takes some serious time, not to mention a few awkward phases, but Michelle Williams has been doing it with grace. We've seen her with an asymmetrical cut earlier this year, and we've gawked over her stunning Louis Vuitton ads. But over the weekend, we spotted the actress speaking at the In Conversation event during the New Yorker Festival 2013. Her hair is visibly longer on the sides and she wore her lengthier hair pinned up on top. Like we mentioned, growing out a pixie is a lengthy process, but what did you think of her in-between style?

And if you're trying to go from a super short cut to longer locks, too, we have some growing-out tips straight from Michelle's hair stylist, Chris McMillan, (yes, he's also Jennifer Aniston's mane man).